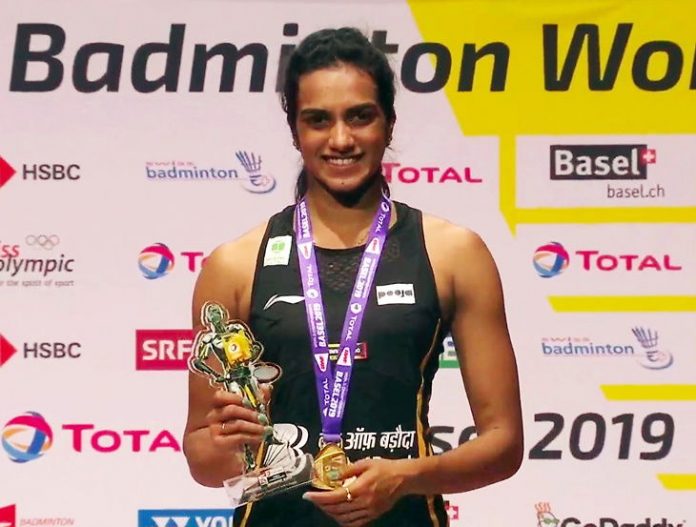 P V Sindhu on Sunday became the first Indian to win badminton World Championships gold by beating familiar rival Nozomi Okuhara of Japan in a lop-sided final here on Sunday. The Indian won 21-7 21-7 in the summit clash that lasted just 38 minutes. Two years after being robbed off the gold by Okuhara in an epic 110-minute final at Glasgow that went down as one of the greatest battles in badminton history, Sindhu finally exorcised the ghost of that heart-wrenching loss with a completely dominating win over the same opponent.
It was Sindhu’s fifth World Championships medal — joint most for a woman singles player with former Olympics and world champion Zhang Ning of China — to go with the two successive silvers and a couple of bronze medals. Sindhu has also won an Olympic silver in 2016 Rio Games, a silver at Gold Coast Commonwealth Games, an Asian Games silver at Jakarta and the BWF World Tour Finals last year.