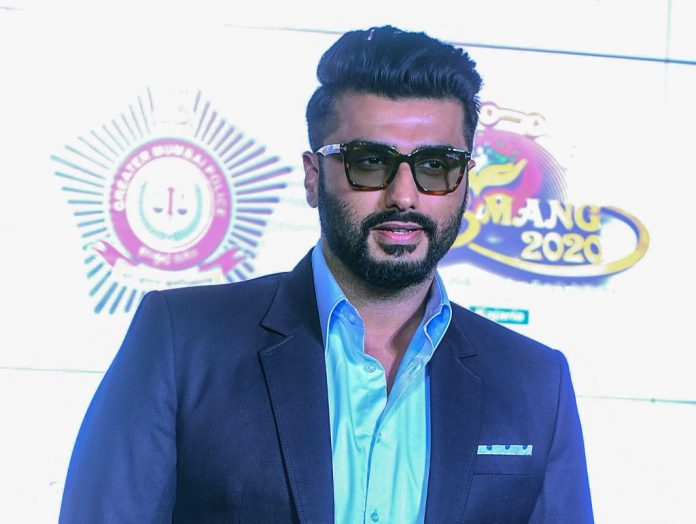 Due to the pandemic, many films have been releasing on OTT platforms. A few days ago, we saw Salman Khan starrer Radhe: Your Most Wanted Bhai (a disappointing film), and now, today, Arjun Kapoor starrer Sardar Ka Grandson has started streaming on Netflix.

Sardar Ka Grandson is about Sardar (Neena Gupta), a 90-year-old woman whose only wish is to visit her house in Lahore which she had to leave during the partition. Amreek (Arjun Kapoor) the grandson of Sardar is staying in America but comes back because Sardar has a tumor and her health is deteriorating.

When Amreek comes to know about the emotional attachment of Sardar with her house in Lahore, he decides to take her to the neighbouring country. But, Sardar can’t go to Lahore due to some issue, so Amreek decides to bring the house from Lahore to Amritsar by using the process of structural relocation. Will grandson be able to fulfill Sardar’s wish? Well, watch the film to know that.

Sardar Ka Grandson has a very fresh concept. We haven’t seen a story like this in Bollywood earlier. Writers Anuja Chauhan, Kaashvie Nair, and Amitosh Nagpal (dialogues) have surely tried to give us something new, and they even succeed at some level.

The first half of the film is very entertaining. The scenes between Sardar (Gupta) and Grandson (Kapoor) have been written very well and we connect with it. Even the flashback portions in the film have been written and shot perfectly.

But, the movie dips a bit when Amreek reaches Lahore. It becomes like a bumpy ride; few scenes are hilarious and emotional, but there are also scenes that fall flat. Kaashvie Nair’s narration in the second should have been more strong. The runtime of the film is 2 hours 19 minutes but still, it feels a bit stretched in the second half.

Talking about performances, Neena Gupta steals the show. The actress has given an excellent performance and she will make you laugh out loud. Arjun Kapoor as the grandson has given an impressive performance. Rakul Preet Singh is good in her part.

Aditi Rao Hydari is wonderful as the young Sardar and John Abraham also leaves a mark. Aditi and John’s chemistry is damn good in the movie. Kanwaljit Singh and Soni Razdan are good in their respective roles.

The music of Sardar Ka Grandson is quite good. Jee Ni Karda and Main Teri Ho Gayi stand out. Even the background score perfectly matches the film’s theme.

Overall, Sardar Ka Grandson is not an amazing film but it’s not even a bad movie. It surely deserves a watch for its unique storyline and some good performance. Also, after a long time, there’s a film which you can watch with your whole family.