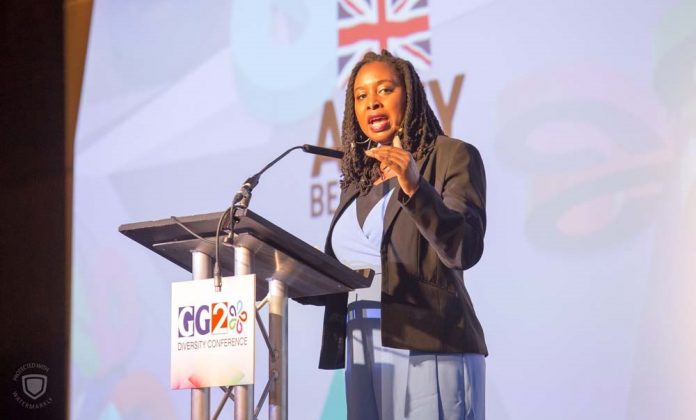 LABOUR MP for Brent Central Dawn Butler recently had a mastectomy at Royal London Hospital after being diagnosed with breast cancer, reports said.

Butler is now taking time off work to recover from surgery. However, the MP said she wants to raise awareness about breast cancer and has urged women to book and go for a mammogram.

“A mammogram saved my life. Without it, my cancer wouldn’t have been discovered,” Butler, 52, told the BBC.

After a follow-up biopsy, Butler was asked to see a surgeon the next day and knew then she had cancer, she said.

Butler added that she had no signs or symptoms and the cancer was only picked up because of routine breast screening.

During the time of the diagnosis, the MP was alone in the hospital room due to Covid restrictions. She said she was worried she would require chemotherapy and feared losing her hair.

However, she was told the cancer was contained in one area and could be removed. She said the notion of sharing her diagnosis more widely led to her having a panic attack.

“This was probably about midnight. And I’m thinking ‘oh my goodness’, and I just started feeling myself overheating,” she told the broadcaster.

Butler cautioned there will be women who will die if their breast cancer is not discovered.

The MP said she was “incredibly grateful” to the NHS medics who treated her. “I’m not going to forget what they’ve done for me. I’m not going to forget the effort that they put in, and how they don’t always feel valued. They’ve saved my life – I know it’s what they do – but they really are sort of superheroes,” she told the BBC.

Butler revealed that the operation was a ‘complete success’ and she hopes to recover soon.

The charity Breast Cancer Now estimates about one million women in the UK missed appointments for mammogram screenings due to Covid-19. As many as 8,600 women could be living with undiagnosed breast cancer after missing out on the screening.

The NHS Breast Screening Programme invites all women from the age of 50 to 70 for screening every three years.