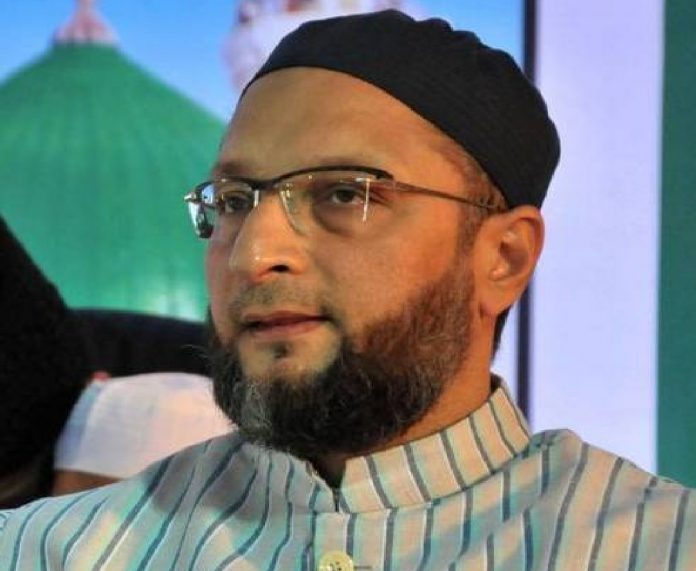 AIMIM president Asaduddin Owaisi said Bharat is “not a Hindu Rashtra” and added that they will also not allow it to become so.

His comments came after RSS chief Mohan Bhagwat, last week, said the Sangh is firm on its vision that “Bharat is a Hindu Rashtra”.

Addressing an election rally on Monday night in Kalyan town of Maharashtra’s Thane district for party candidate Aiaz Moulavi, Owaisi said a section of society wants to paint the entire country in one colour, but “we see Hindustan in multiple colours, it is the beauty of Hindustan”.

“Bharat is not a Hindu Rashtra, and Inshallah, we will not allow it to become so,” he said.

He said Bharat is unique because of its secularism and pluralism. There is no other country in the world as Bharat and “we are proud of it”.

“I want to tell those in the RSS that we are not living here on your sympathy. If you want to measure the index of my happiness or sorrow, you and we should see what the Constitution has given to us,” Owaisi said.

He also said the All India Majlis-e-Ittehad-ul- Muslimeen (AIMIM) has established itself in Aurangabad because of its own efforts.

“We will spread to other parts of the state also. You cannot stop us,” he said.

Owaisi also said the NDA government was patting its own back by banning the practice of triple talaq, but was not aware of the woes of members of the Muslim community.

He demanded that members of the minority community be provided reservation for their progress and development.