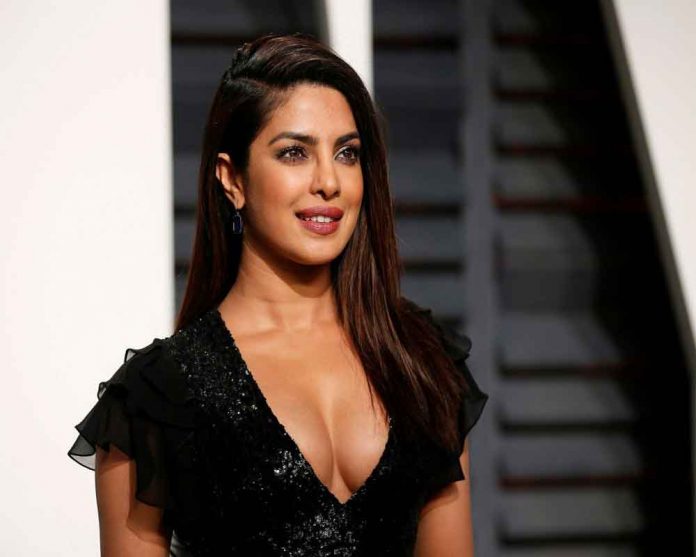 Priyanka Chopra Jonas was offered an acting role in “The Sky is Pink” but the actor says she wanted to take on the added responsibility as a producer because the story made her feel closer to her parents. Directed by Shonali Bose, the film is the love story of motivational speaker Aisha Chaudhary’s parents, Aditi and Niren. Aisha was diagnosed with pulmonary fibrosis and passed away in 2015. Priyanka, 37, said she wanted to be a part of the project more than just as an actor. “This is a story of a real life couple who have thrived under extraordinary circumstances and not been bogged down by it,” she told PTI in an interview.

In a reference to Rajesh Khanna-starrer “Anand”, she said, “They put themselves aside and said, ‘Even if I can’t give my daughter a long life, I’m going to give her a big life’. I wanted to take more responsibility of this film because I believed in it so much.” It has been a long wait for Priyanka’s fans as “The Sky is Pink” is her first Hindi film since 2016 after she made a mark for herself in Hollywood with TV show “Quantico”, and films like “Baywatch”, “A Kid Like Jake” and “Isn’t It Romantic”. The actor, who has often said she has been living out of suitcase for quite some time, next touched base with frequent collaborators Ronnie Screwvala and Siddharth Roy Kapur, who were producing the film.

She asked the duo whether they would have her on board as a fellow producer, even when she has no experience of backing a Hindi film. Under her banner, Purple Pictures Productions, the actor has produced a string of regional language films, including National Award-winning Marathi titles “Ventilator” (2016) and the soon-to-be-released “Paani”. “I said, ‘Listen, I’ve never produced a Hindi film. But under your tutelage, I would like to learn. Would you have me as a co-producer?’ And they were really wonderful, and they totally took me on.” In the film, Priyanka plays Aditi and Farhan Akhtar will be seen as Niren and she said the couple reminded her of her parents, Madhu and late Ashok Chopra, who died in 2013.

“My parents were like that with me. They stood by me and supported me over their own dreams and ambitions. They sacrificed their lives so that I could have mine and I feel like in this cynical world today, where we somehow become solitary from our families. “This is the kind of family film that reminds you, how important family is and how important the support of your family is. I found that just so beautiful, especially in the world of today,” she said. Priyanka described Aditi as “a ferocious mom who was best friends with her daughter”, played by Zaira Wasim in the film.”I’m best friends with my mother. We party together, go to concerts and hang out.

She has known my entire journey… from all my boyfriends to my husband. She has been my best person. Seeing that in Aditi to me was as if I was playing what my mother has been to me,” she said. The actor, who is married to American singer Nick Jonas, said she hopes to become a mother like Aditi one day. “I depended a lot on Shonali and Aditi to imbibe what it is like actually. The kind of mother I’m playing in this film is the kind of mom I hope to be someday,” she added. Also featuring Rohit Saraf, the film is slated to hit the screens on October 11.