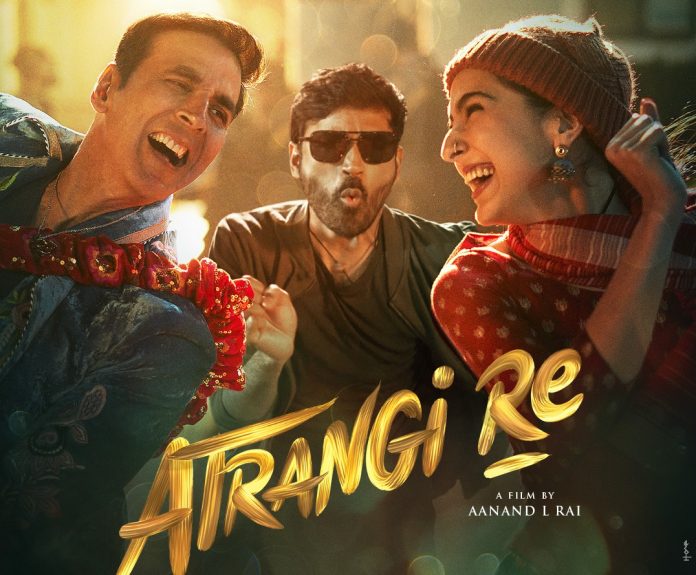 Aanand L Rai’s Atrangi Re starring Akshay Kumar, Dhanush and Sara Ali Khan is all set to premiere on Disney+ Hotstar on 24th December 2021, and the trailer of the film was released on Wednesday (24).

The trailer of Atrangi Re is amazing. You enjoy it from the first scene to the last scene. It has the perfect Aanand L Rai flavour in it.

Dhanush and Khan are excellent in the trailer. It is good to see the former in a Bollywood film after a long gap. Kumar has been less scope in the trailer, and he is good as usual.

One thing that impresses us a lot in the trailer is music composed by AR Rahman. The songs are surely going to be the highlight of the film, and we simply can’t wait to hear them.

A few months ago, there were reports that Kumar’s character in the film is Khan’s imagination and he actually doesn’t exist. If the report turns out to be true it will surely be interesting to watch how Rai has narrated this story.