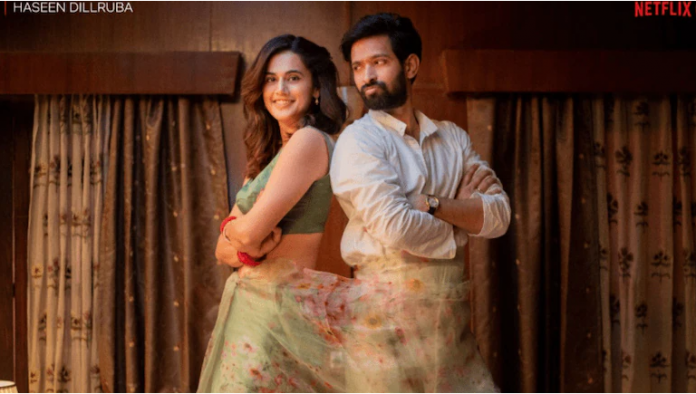 Starring Taapsee Pannu, Vikrant Massey, and Harshvardhan Rane in lead roles, Bollywood film Haseen Dillruba is set to release digitally on Netflix, the streamer announced on Thursday. The streaming media giant has set July 2, 2021, for the digital premiere of the much-awaited film.

Directed by Vinil Mathew from script written by well-known screenwriter Kanika Dhillon, Haseen Dillruba is a murder mystery which revolves around a woman who finds herself entangled in the murder of her own husband.

Pannu, who is known for playing a diverse range of characters in films across languages, took to Twitter to share the announcement teaser of the film. “Kahani Aashiqana. Raaz Katilana. Haseen Dillruba coming soon. Only on Netflix,” wrote the actress who won the prestigious Filmfare Award for delivering a strong performance in her last release Thappad (2020), directed by Anubhav Sinha.

The film was initially scheduled to have a theatrical release in September 2020. However, the makers had to push it indefinitely due to the coronavirus pandemic which had delayed filming by several months. The team wrapped up the shoot in the month of October 2020. Earlier this year, Netflix announced that the film would stream on its platform.

Apart from Haseen Dillruba, Taapsee Pannu has almost half a dozen interesting projects on her platter. Some of her upcoming films include Looop Lapeta, Shabaash Mithu, Dobaaraa, Rashmi Rocket, and Woh Ladki Hai Kahan. Each film presents her in a different avatar. While she has already wrapped up some of them, others are set to roll as soon as filming is allowed in Mumbai.