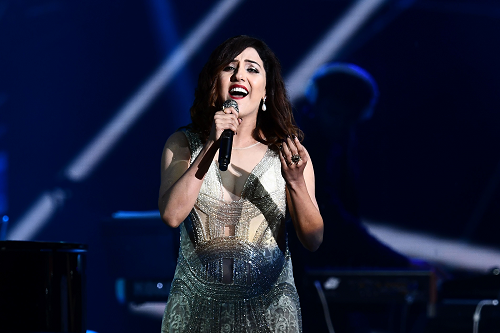 Here is some delightful news for the fans of Neeti Mohan. The popular singer and her husband, actor Nihaar Pandya, have become proud parents to their first child, a son. The couple welcomed the baby on Wednesday.

Announcing the happy news on Instagram on Thursday, Mohan wrote, “Our family, Nihaar Pandya and I are ecstatic to have welcomed our baby boy yesterday. To hold this little one in my arms is the most surreal feeling ever! Still sinking in.”

“We are overjoyed and thank everyone for the love and wishes (sic),” added the 41-year-old singer alongside a photo with Pandya.

Neeti Mohan is primarily known for her work in Hindi cinema. However, she has sung songs in various other popular languages also, including Tamil, Telugu, Kannada, Marathi, Bengali, Punjabi, and English.

Some of her most popular songs include ‘Ishq Wala Love’ from Karan Johar’s Student Of The Year (2012), ‘Jiya Re’ from Yash Chopra’s Jab Tak Hai Jaan (2012), and ‘Naino Wale Ne’ from Sanjay Leela Bhansali’s magnum-opus Padmaavat (2018).

The singer had announced her pregnancy on their second wedding anniversary, earlier this year. The couple walked down the aisle in February 2019.

Pandya, 37, also took to Instagram and said that both the mother and child were healthy. “My beautiful wife gives me the chance to teach our little boy everything my father has taught me. She continues to spread more and more love into my life each day. Most importantly, Neeti and our new born are both healthy and fine (sic),” the Manikarnika: The Queen Of Jhansi (2019) actor wrote.

“With folded hands, the Mohans and the Pandyas sincerely thank God, the doctors, family, friends and all well-wishers who are very kind for showering immense care, love and support on us always,” he added.