Home News India News SC order on Ram temple is a salute to sacrifice of lakhs... 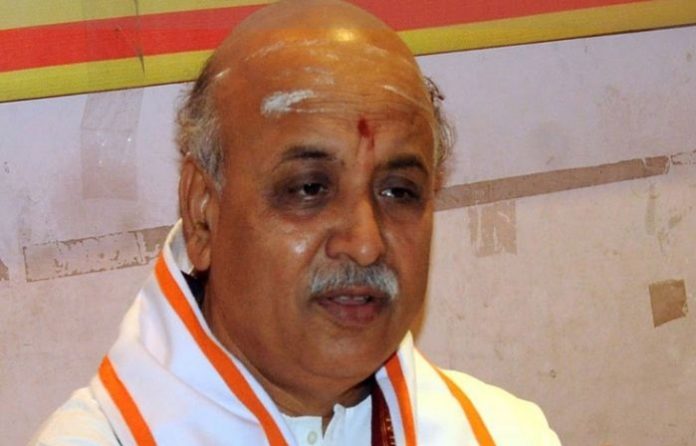 Former VHP president Pravin Togadia on Saturday welcomed the Supreme Court verdict in the Ram Janmbhoomi-Babri Masjid land dispute case, saying the apex court’s order giving Ram Lala’s birth land for Ram Temple is a salute to the sacrifice of lakhs of workers. The Supreme Court on Saturday cleared the way for the construction of a Ram Temple at the disputed site at Ayodhya, and directed the Centre to allot a 5-acre plot to the Sunni Waqf Board for building a mosque.

“Ram Temple at the same place of Ram Birth has been Hindu demand for more than 450 years. Lakhs of Hindus sacrificed their lives, careers, families for this. Today, Supreme Court giving the same land for Shriram Temple is a salute to this sacrifice,” Togadia said in a statement. The former Vishwa Hindu Parishad president urged the Centre to recognize this sacrifice as well. Echoing similar sentiments, VHP leader Sharad Sharma said they have confidence that the government would build a grand Ram Temple in Ayodhya soon.

Terming the Supreme Court verdict as the a victory of “truth”, he also appealed to all to maintain peace and calm in Ayodhya. He further said that there will be no celebrations or demonstrations by the VHP after the verdict. In one of the most important and most anticipated judgements in India’s history, a 5-judge Constitution bench headed by Chief Justice Ranjan Gogoi put an end to the more than a century old dispute that has torn the social fabric of the nation. The apex court said the mosque should be constructed at a “prominent site” and a trust should be formed within three months for the construction of the temple at the site many Hindus believe Lord Ram was born.