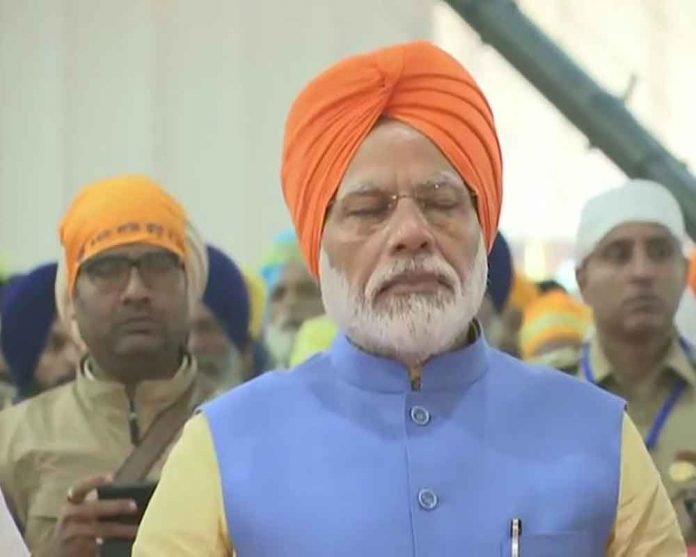 Prime Minister Narendra Modi on Friday thanked his Pakistan counterpart Imran Khan for understanding India’s sentiment on the issue of the Kartarpur Sahib corridor. The corridor links Gurdwara Darbar Sahib in Pakistan, the final resting place of Sikhism founder Guru Nanak Dev, to Dera Baba Nanak shrine in this Punjab district. It will be easy to pay obeisance at the Darbar Sahib gurdwara after the opening of the Kartarpur corridor, Modi said at a gathering in Dera Baba Nanak.

Asserting that he is fortunate to be able to dedicate the Kartarpur corridor to the country, he said the opening of the corridor and the integrated check post will bring double happiness to the people. “We have become irresponsible about the environment,” the prime minister said.

Modi is flagging off the first batch of over 500 Indian pilgrims that will travel to the Gurdwara Darbar Sahib in Narowal district of Pakistan’s Punjab province through the Kartarpur corridor, being thrown open days ahead of the 550th birth anniversary of Guru Nanak Dev on November 12. Khan will inaugurate the corridor on the Pakistani side and receive the Indian Sikh pilgrims, including former prime minister Manmohan Singh.