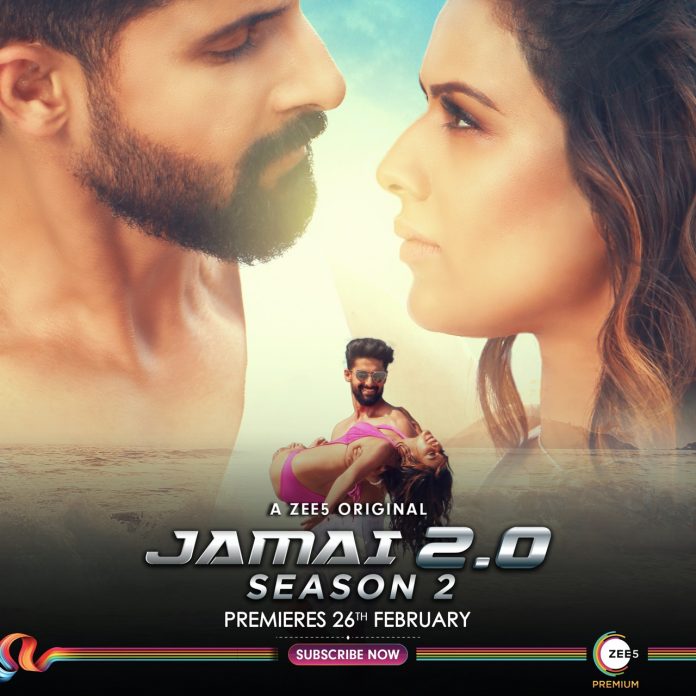 The upcoming ZEE5 series Jamai 2.0 Season 2 has been creating quite a buzz ahead of its grand premiere on the home-grown streaming media platform. After garnering rousing response for the trailer of Jamai 2.0 Season 2, the makers have now dropped the very first poster from the series, which has taken the internet by storm.

The poster features the lead couple Nia Sharma and Ravi Dubey. Dubey is seen holding Nia in his arms in the middle of the swirling waves of the sea. The chemistry between the duo is torrid enough to set the temperature soaring. Now everyone is looking forward to the premiere of the series fans cannot wait to binge-watch.

Talking about the poster release, Nia Sharma shares, “Roshni and Sidharth are wilder in the second season with love and revenge taking centre stage. Their chemistry is here to intoxicate the viewers. It’s more passionate and the journey definitely gets enthralling with every episode. I hope the audience likes the poster and watch Jamai 2.0 Season 2 on 26th February on ZEE5.”

Jamai 2.0 Season 2 premieres 26th February on ZEE5, a streaming service known for pumping out original shows and films by the dozen.