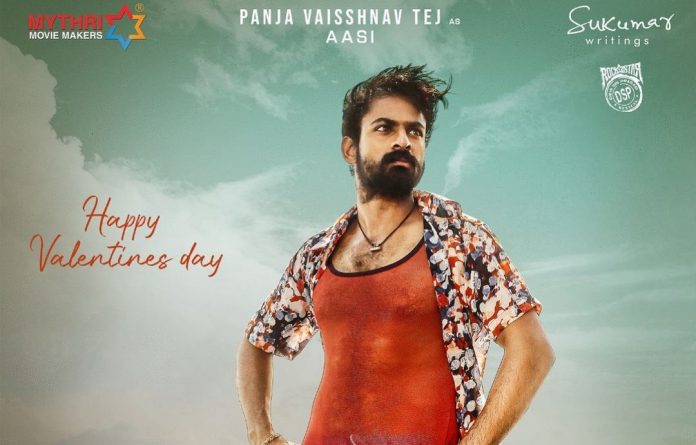 Ever since hitting the silver screen on Friday, Telugu film Uppena (2021) has been doing wonders at the domestic box-office. Not just critics and cinegoers, the romantic drama has been garnering overwhelming response from several members of the film fraternity also, who have been showering praises on the entire team for the rousing response that the film has generated at the ticket-window despite the ongoing Coronavirus pandemic.

The latest celebrity to commend the team of Uppena is none other than the leading Tollywood star Rashmika Mandanna. Though Mandanna is yet to watch the film, she seems quite impressed by the buzz that it has been creating all around ever since its release.

Taking to social media, Mandanna wrote, “Uppena… I am hearing such amazing things about the film. I’ll watch it soon. Loads of love to the debutant actors Panja Vaisshnav Tej and Krithi Shetty and director Bucchi Babu Sana.”

Uppena stars debutants Panja Vaisshnav Tej and Krithi Shetty in lead roles. Critics have praised their sizzling chemistry in the film which revolves around a lower-class boy who falls head over heels in love with a girl from a rich, influential family. The film has been jointly produced by Mythri Movie Makers and Sukumar Writings.

Meanwhile, Rashmika Mandanna is set to begin the next shooting schedule of her bilingual film Pushpa opposite Allu Arjun. Produced by Mythri Movie Makers, the film is being directed by Sukumar.

After wrapping up Pushpa, she will jet off to Mumbai to join Sidharth Malhotra on the sets of her debut Bollywood film Mission Majnu. The film started rolling a couple of days ago in Lucknow. It is reported to be inspired by real-life characters and true events from the 1970s. Malhotra plays the character of an Indian intelligence officer in the action thriller.