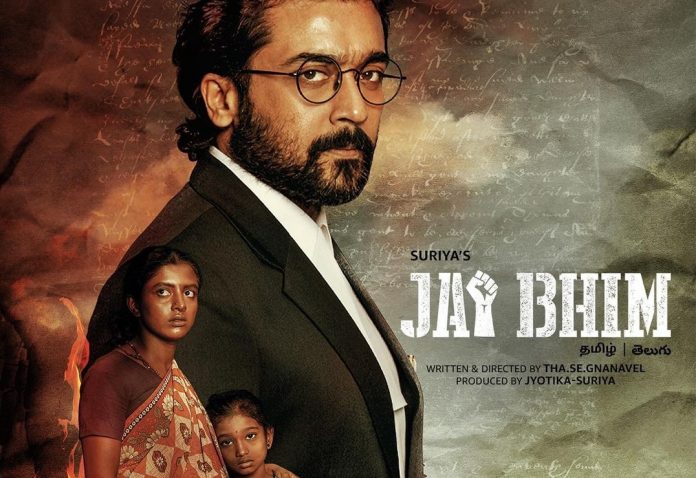 Titled ‘Thala Kodum’ in Tamil and ‘Chirugaali’ in Telugu, the new track from Kollywood star Suriya’s upcoming film Jai Bhim is out now. Composed by Sean Roldan, the soothing track has got everything to make it to the playlists of the actor’s fans and music lovers.

The Tamil version of the song is sung by Pradeep Kumar while the lyrics are penned by Rajumurugan. The Telugu track, on the other hand, is rendered by Sreekanth Hariharan with the lyrics provided by Narasimhan Vuruputoor.

Jai Bhim is one of the most-awaited films of 2021. It is based on true events that happened in the 1990s in Tamil Nadu. Amazon Prime Video recently unveiled the trailer of the film, which received a warm response from the audience.

The trailer shows a hardworking tribal couple, Sengenni and Rajakannu, whose world falls apart when Rajakannu is arrested on false charges and later goes missing from police custody. Desperate to find the whereabouts of her missing husband, Sengenni seeks help from advocate Chandru (Suriya), who goes all out to bring justice to the tribal woman.

The role of the advocate that Suriya plays in the film is inspired from real-life Justice K. Chandru, a Judge of the Madras High Court, who delivered a slew of judgments that had a social impact, before his retirement in 2013.