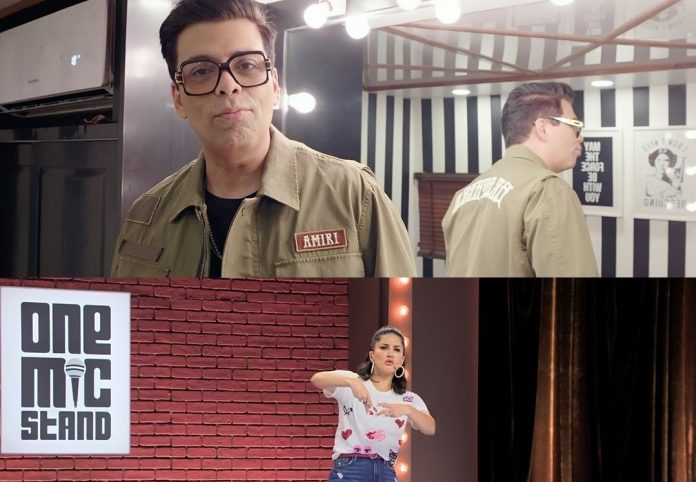 Meeting high expectations, Amazon Prime Video’s One Mic Stand Season 2 has struck the right chord with the audience. The season 2, which premiered on 22nd October, followed the unique style of its predecessor and managed to tickle the funny bones of the audience yet again.

Pairing up a stand-up comic with influential people from different fields, the idea of the show was always considered a game changer and it was only a matter of time before the audience’s praise started pouring in for its recently released season 2. The fans of the show took to social media to express their feelings for the show and they had some serious praise to shower on the show.

One Mic Stand Season 2 features personalities like Sunny Leone, Faye D’Souza, Chetan Bhagat, Raftaar and Karan Johan amongst others and the fans were delighted to see them try their hands at stand-up comedy. Here is what the fans have to say about the new season:

“It was fantastic seeing the humourous side of Faye D’Souza, Karan Johar, Sunny Leone on One Mic Stand 2. The world (especially India) needs more good comedy,” wrote a user.

Another user shared, “Finished with One Mic Stand Season 2 and Faye D’Souza was so good!” He added, “Haven’t seen her on TV much, may have seen her tweets or Insta posts. Don’t know much, but she was really good! It is the best episode in this season!”

“Sunny Leone’s One Mic Stand was so cool. Loved the way she brought up the Chaubey interview. Power to you, Sunny Leone,” wrote another user.