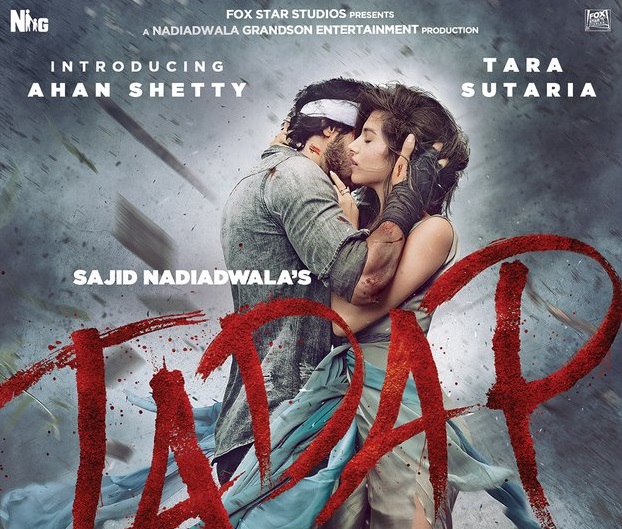 Suniel Shetty’s son Ahan Shetty is all set to make his Bollywood debut with Milan Luthria’s Tadap. The movie also stars Tara Sutaria in the lead role, and on Tuesday (26), the makers unveiled the character teasers of both the actors.

Well, Shetty Senior is also very excited for his son’s debut. He tweeted, “A glimpse of my heart for the world. A teaser of what I’ve loved. A humble tease of what is to come #Tadap – a little at a time. So excited for my son #AhanShetty & his teaser of #Tadap. Give him as much love as you gave me @milanluthria @TaraSutaria @WardaNadiadwala.”

The trailer of Tadap will be out on Wednesday (27). The movie is slated to release on 3rd December 2021.

Tadap is the remake of the Telugu film RX100 which starred Kartikeya Gummakonda and Payal Rajput in the lead roles. It was a hit at the box office and Gummakonda had won multiple awards for his performance in the movie.