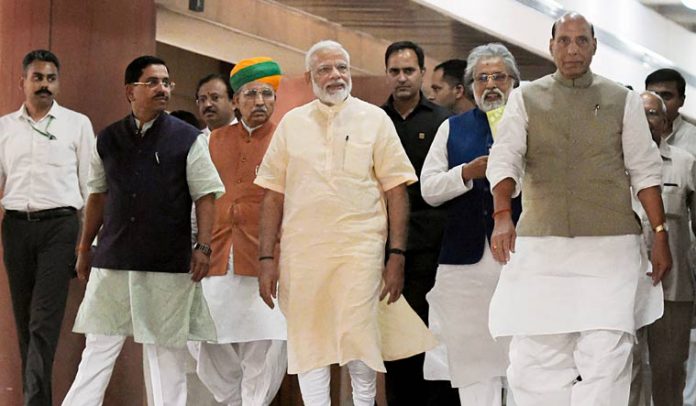 The issue of absenteeism among BJP MPs from Parliament was raised at the parliamentary party meeting on Tuesday in Delhi, with Defence Minister Rajnath Singh underlining Prime Minister Narendra Modi’s dissatisfaction over lack of their adequate presence at many times.

According to sources, Singh also asked party MPs to be present in large numbers when Home Minister Amit Shah tables the Citizenship (Amendment) Bill, as he asserted that this draft legislation is as important as the move to abrogate Article 370.

Rejecting the opposition’s criticism of the Citizenship Bill, which seeks to grant citizenship to non-Muslim refugees from Pakistan, Bangladesh and Afghanistan if they faced religious persecution there, Singh asserted that the BJP has always worked to unite the country and its people.

Asking the BJP MPs to ensure their presence in Parliament as it is going to take up key bills in the coming days, Singh said the prime minister had time and again spoken against absenteeism among the parliamentarians, but the issue persists.

Woman and Child Development Minister Smriti Irani, in her address, highlighted the efforts of her ministry in fighting malnutrition among pregnant women and infants, and said it had organised a record 3.5 lakh events in a month in this regard.