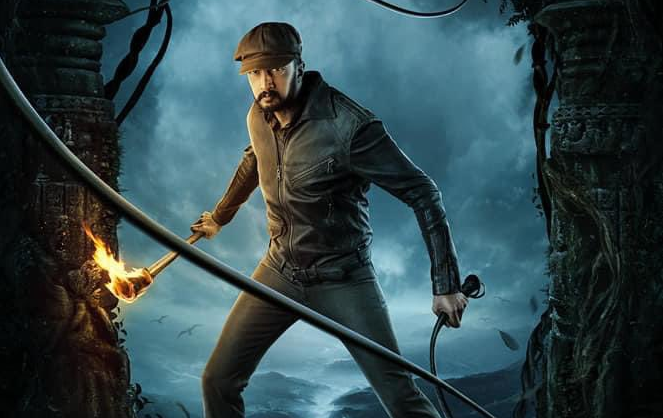 Kannada star Kichcha Sudeep, who was last seen in Bollywood film Dabangg 3 (2019) as antagonist to Salman Khan’s character Chulbul Pandey, is presently waiting for the release of his next Kannada film Vikrant Rona, directed by Anup Bhandari.

The fantasy action-adventure thriller, which also features Nirup Bhandari and Neetha Ashok in important roles, has finally locked the date for its theatrical release. The film has been scheduled to hit the marquee on August 19, 2021. The first look poster featuring Sudeep as Vikrant Rona was released on August 10, 2020.

The multilingual action-adventure thriller is set to open in 14 languages across 55 countries, becoming one of the biggest ever releases not only for Kichcha Sudeep but the entire cast and crew also.

Sharing his excitement, director Anup Bhandari says, “I am excited about the release announcement. The post-production work is going on in full swing. Some of the best technicians are a part of our film, and together we are working towards giving our audience a glimpse into the world of Vikrant Rona in the best way possible.”

Producer Jack Manjunath adds, “We endeavour to present the world’s new hero, Vikrant Rona, to the audience in the language of their preference. The film is a visual wonder and, considering the pandemic, we feel the audience deserves to watch a film of such magnitude in theatres.”

If reports are to be believed, the makers have planned to release the film in 3D. An official announcement confirming the same is highly waited though. Reports also suggest that the makers are discussing with actresses Katrina Kaif, Nora Fatehi and Jacqueline Fernandez for possible inclusion on a dance number in the film.