Home Entertainment Exclusive: “Censorship should not be there anywhere,” says Aman Verma 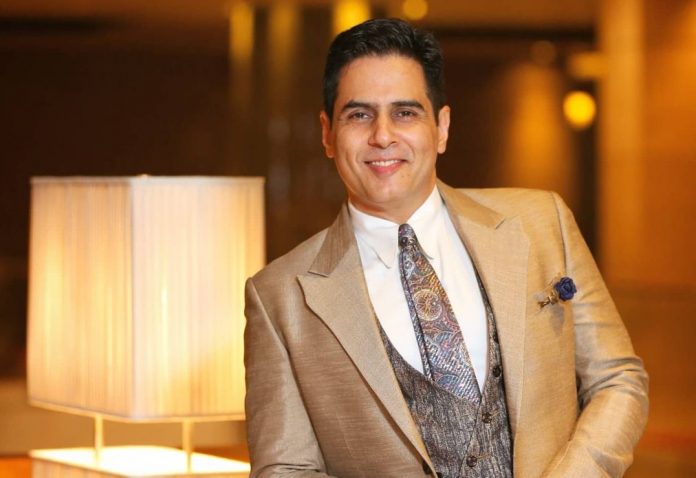 Seasoned actor Aman Verma has been an active television star for two and a half decade now. He took to television when there used to be shows with powerful storyline and a high level of conflict amongst each and every character. The multi-faceted actor has had his fair share of film roles too.

After a career of mostly high-profile shows such as Shanti (1994-1998), Ghar Ek Mandir (2000-2002), and Kyunki Saas Bhi Kabhi Bahu Thi (2000-2008) to name a few, Verma is shifting his focus to streaming media platforms. He plays a successful tycoon in a new web-show Geisha, which is in the making for an upcoming streaming media platform called Digiflix.

Recently, Eastern Eye caught up with the distinguished actor on the sets of Geisha and talked to him about the show, what led him to sign it, the threat that digital media platforms pose to television and films, censorship on digital content, and much more. Excerpts…

Tell us something about your upcoming streaming show Geisha?

It is a story of a businessman who is wealthy and well-known and completely in command of each and every situation in his life. He is doing extremely well for himself. Then, he falls in love with a girl who is about 20-25 years younger than him. In a certain way, he helps her make her career. Eventually, she becomes a superstar. Later on, she realises that this is true love. She realises that this man gave her everything but decided not to use her. She, in turns, proposes and wants to get married with him. But as ill-luck would have it, she gets murdered. So that is where the real story starts from as to why she was murdered and who is the culprit. I cannot reveal more than that at this moment. If I do, you will not watch the show when it starts premiering on Digiflix (laughs).

What attracted you to the show and your role?

I think what is happening with streaming shows today is that you get to play your age and, at the same time, show what exactly happens in real-life. You cannot imagine this kind of a story on television. It is steeped in reality. So that was what pulled me towards this story.

We see actors gravitate towards leading streaming media platforms when it comes to making their digital debut, but you chose a platform which is yet to be launched.

You know, I have never picked up stuff just because it was from a great banner or on a popular channel. I have always picked up stuff where the content was powerful and I felt that I would be able to perform to the best of my ability. That is what has helped me throughout my career.

See, if somebody is new does not mean that they are not good. Even I went through this proverbial phase at the onset of my career where people would say, “You are new, you don’t know anything, you cannot do it,” and stuff like that. But you need to stay, you need to work hard and make a place for yourself.

You have had a storied career in television with several successful shows on your resume, but today TV is often accused of being regressive. How television has changed, according to you, over the years?

What happens on television is that the whole circle changes every 6 or 7 years. It does not even take a decade. Everything changes within a short span of 6-7 years. Earlier, there were shows like Tara (1993-1997) and Shanti (1994-1998), which were women-dominated shows. Then came a time when Kahaani Ghar Ghar Kii (2000-2008), Kyunki Saas Bhi Kabhi Bahu Thi (2000-2008), and Kasautii Zindagii Kay (2001-2008) ruled the roost and TV became regressive. Time changed again. Then with Colors coming in, TV got a lot more into fantasy. Colors has so many such shows you cannot even imagine. With time, you need to learn to change. If you are ready to do that, you will survive. If not, you are just a piece of stone; people will step all over you.

Where are we going to see you more: television or web-shows?

With the presence and popularity of streaming media platforms growing by leaps and bounds with every passing year, do you think television is going to be redundant in few years from now?

It already is redundant and in a span of another 4-5 years, I don’t see that television box in anybody’s house. It’s just a matter of time. The faster you understand that, the better for you. Everything is going to be there on your mobile.

See, films have their own glamour. A film will always remain a film no matter what. Having said that, the whole process and technique of filmmaking has also gone through a sea change. Earlier, it was more like a personal thing. Nowadays, corporates decide what kind of films they want to make. According to me, be it any creative medium, one’s personal belief just has to be there in everything that he creates. If that’s not there, it’s like a piece of machinery. It has no emotions. It will never work.

Is there anything new you learned over the entire lockdown period?

Yes, I learned how to be patient. I cannot sit in a place, so lockdown taught me how to have a little more patience than I normally do. It was a difficult time not just for me but for everyone. But lockdown taught me a lot. I am happy that I went thought it.

There are reports that the government is planning to bring streaming media platforms under the purview of censorship. What are your thoughts on the same?

Censorship should not be there anywhere. I cannot understand the fact that why should ten people decide what the entire nation should watch. In other parts of the world, no government decides what should people watch. They have a very clear definition of what type of content is meant for which age group. You decide what you want to watch. It’s my fundamental right that if I want to watch porn or an adult film, I will. If I want to watch cartoons, I will. Interestingly, the ten people who decide what should we watch are above 70. I wonder if they know the pulse of the audience.

Why should people tune in to your show Geisha?

We are trying to put a good show together. It has a great storyline and some incredible performances. We are trying it make it look as real as possible. It’s filled with intense scenes and hardcore reality. We just hope that when the whole project comes together, it should connect with people and I hope for season two, three, four, and five.