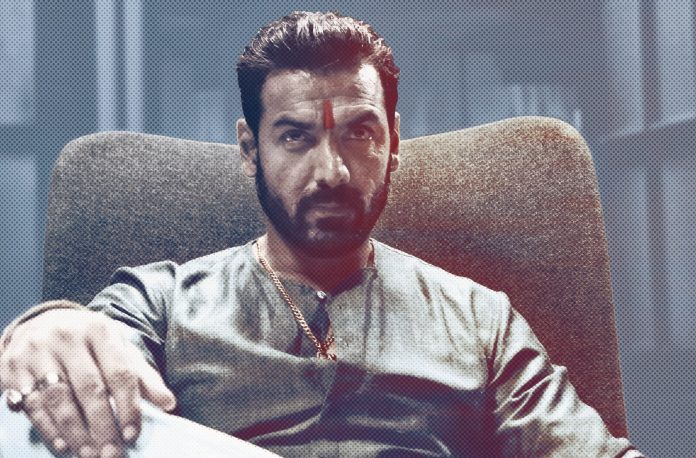 Mumbai Saga is undoubtedly one of the most awaited movies of the year. The Sanjay Gupta directorial stars John Abraham and Emraan Hashmi in the lead roles, and it’s a gangster drama.

A couple of days ago, the teaser of the film was released and today, the makers have unveiled the trailer of Mumbai Saga. John took to Twitter to share the trailer with his fans.

The trailer is good, and looks like the movie has all the elements that would attract the masses, there’s action, dialouse-baazi, and good music. John is damn in the trailer, and Emraan Hashmi as the cop is amazing. The confrontation scenes between them are surely the highlight here. Actresses Kajal Aggawal and Anjana Sukhani have one scene each in the trailer, and they leave a mark.

One of the best elements in the trailer is the music. The background score is fantastic, and after hearing the few lines of the song Morya in the trailer we surely wait for the full track to be released.