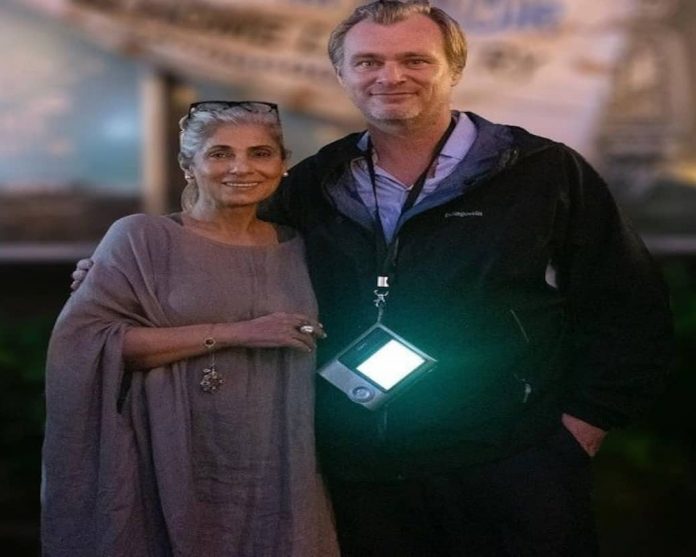 Actor Akshay Kumar on Saturday said he was overwhelmed with joy after filmmaker Christopher Nolan penned a note for veteran star Dimple Kapadia, praising her exceptional performance in his directorial “Tenet”.

The espionage-thriller, which released theatrically in the country on Friday, marks the Hollywood debut of Kapadia.

In the note, which was shared by Kumar on Twitter, Nolan said he had nothing but “love, admiration and respect” for the 63-year-old actor, who plays arms dealer Priya Singh in the film.

“Dimple, what can I say. Working with you has been a delight. Watching you bring Priya to life all around the world has been fantastic. Thank you for your great skill and hardwork and for lending your talent to ‘Tenet’,” the note read.

Kumar said Nolan’s praise for the veteran was a proud moment for him, both as an artiste and a son-in-law. The “Laxmii” star is married to Kapadia’s daughter actor Twinkle Khanna.

“Here’s my proud son-in-law moment! #ChristopherNolan pens a heartfelt note to #DimpleKapadia on the eve of their release. Had I been in her place, I wouldn’t have been able to move in awe, but having watched her working her magic in #Tenet, I couldn’t be more happy and proud of Ma,” the 53-year-old actor said.

Nolan, along with Pattinson, Washington and Kapadia, shot some sequences of the film in Mumbai for a week in September 2019.

“Tenet” was the first big-budget Hollywood feature to go for a theatrical release since the novel coronavirus pandemic shut down the cinemas worldwide in March.

The movie is Nolan’s first film since his 2017 Oscar-nominated war drama “Dunkirk”.