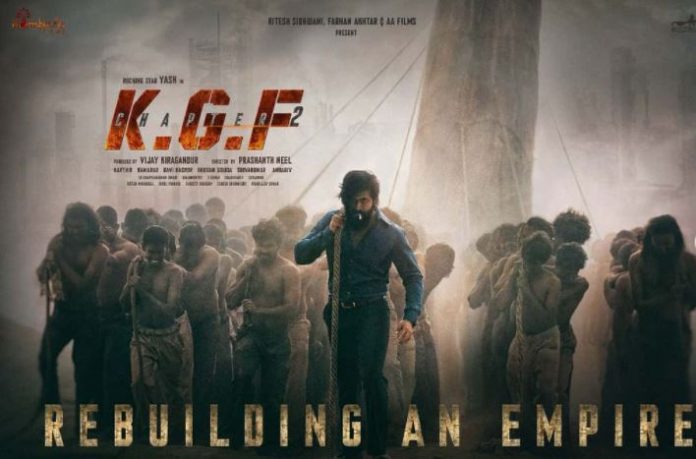 Yash starrer KGF: Chapter 2 is one of the most awaited pan-India films of the year. The movie is shot in Kannada, but it will be dubbed and released in various languages like Telugu, Hindi, Tamil and Malayalam.

The Prashanth Neel’s directorial was slated to release in July this year, but was postponed due to the pandemic. While the makers have not yet announced the new release date of the film, on Friday (20) they revealed that the worldwide satellite rights of the movie for South languages has been acquired by Zee.

While talking about collaborating with Zee, Neel stated, “I am delighted that the satellite rights of KGF Chapter 2 have been secured by ZEE for southern languages. I value this association with ZEE and believe with their ever expanding network we will be able to showcase KGF Chapter 2 to a larger audience. I am thrilled with the response given to the teaser of the movie. I am certain the movie will live up to the high expectations and will write a new chapter of KGF’s legacy. I assure you all that it will be worth the wait!”

A few days ago, on Sanjay Dutt’s birthday (29th July), the makers had unveiled a new poster featuring the actor. Dutt had tweeted, “Thank you so much everyone for all the warm birthday wishes. Working on #KGFChapter2 has been amazing. I know you all have been waiting for the film’s release for a long time and I assure you that it’ll be worth the wait! @TheNameIsYash @prashanth_neel @VKiragandur @hombalefilms.”