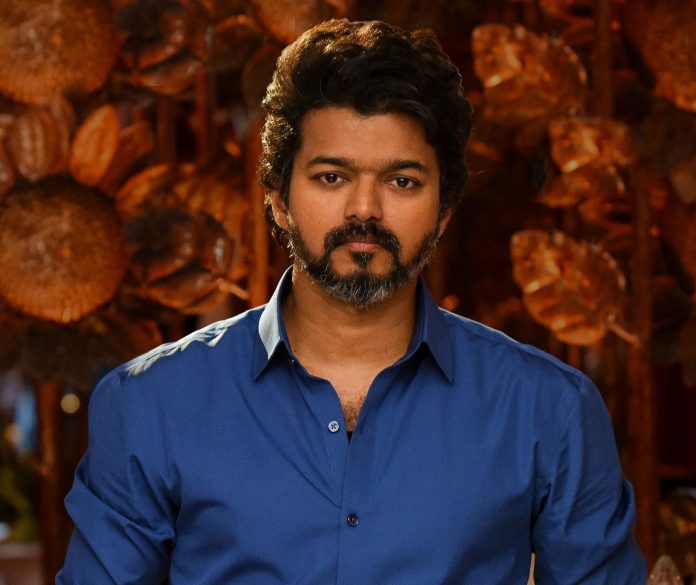 ACTING powerhouse Vijay once again showed that he is a box office boss with the success of his new film Beast.

The Indian cinema superstar, affectionately known as Thalapathy Vijay, added to his blockbuster body of work with the Tamil hostage drama released in multiple languages. Apart from his all-round ability, the main thing that has elevated him to incredible heights is a huge cross-generational fan base.

Eastern Eye decided to find out more about his amazing appeal by getting his army of admirers on Twitter to reveal why he is so special and selected the best ones for a tribute feature.

@ajaybaskar: He’s the first hero to make it big with the ‘boy next door’ looks that any person can relate with. That’s the reason why he became the darling of the masses and why his films don’t fall on the first Monday after release.

@Ajaychairman: There’s a dialogue of Thalapathy Vijay in his film Love Today (1997), “You can say 1,000 reasons to not like a person, but it’s tough to pinpoint one reason to like someone”. 25 plus years later, this dialogue is still relevant. It simply means his films are timeless and so is the mutual bonding.

@Amihellu: More than a celeb, Thalapathy Vijay is like our own brother. We grew up watching his movies. When I began to know more about him, my respect and love increased. His kind nature, simplicity, love, care, and respect for fans just made me fall for him more.

@Arya_VJFangirl: I grew up watching his movies. It almost feels like I have known him my entire life. As an actor, he’s a complete package, with perfect expressions, dialogue delivery, action, comedy, dance, and singing. His offscreen persona took my fan-love to the next level.

@bhaskaranvijay1: Three hours in a movie hall where I can forget all my worries in my life. That’s his magic.

@Devanayagam: Thalapathy Vijay is the most optimistic person we know. We literally were born and grew-up witnessing the inspiring legacy he built for himself. He proved himself and has become the icon of millions.

@deviarunassalam: I love him so much because he treats us like family. He’s always cared for us like his own and been our biggest inspiration, on how to deal with whatever life throws at you. I’ll always have mad respect for him because he reminds us to put our family first.

@heythisisvijayy: He can sing, dance and is so popular. He is a box office phenomenon. He always maintains a good physique and has got a good sense of humour. He has swag and style while on screen. He is a commercial cinema genius. Our Thalapathy.

@Iam_bonganu: Since the last eight years, he is like a part of my life. I didn’t know him since my childhood as I am a Bengali, but the moment I saw him and started understanding him, I knew what a great human being he is! He motivated and helped me choose the right path. My life is nothing without his existence.

@KarthikMovf: I’m sure he is the only actor who respects, loves, and cares for his fan more than any other. I had met him twice and took a photo. He provided food to every fan and even served food to us one time; who will do such a thing?

@MrKartShyam: I’ll do it in four words to save you printing space: hero, idol, role model.

@Muru17787: He is not just a cinema star. He is an emotion to me. He will make you laugh, cry, smile. His movies not just entertain but motivate and inspire me. He reminds me if you are true to your profession and work hard, you will succeed. Positivity, which is what we all need now!

@prashaannth: The man is a huge role model for me. I have seen him fail and hit the rock bottom but what I learned from him is how to carry yourself when you fail and how to rise above that. No matter how depressed I feel, his movies and just a glimpse of him will bring a smile to my face.

@rex_jerald: He is calm and composed. I love his tenacity and passion towards his profession. Admire his love for his fans. Appreciate his social work towards his fans. I feel he is a responsible doer and not one who makes false propaganda.

@Shivanshsurya1: It’s been almost 20 years since I became his fan. The aura he exuded in Althotta Boopathy song and his gracious moves initiated me into his fandom. His simple smile can make me happy for hours. I’ve witnessed all that I ever expected of him. Need I say more?

@Vadivelanmadhan: I was a child then, when I started watching songs on television. Like every kid, I started dancing and jumping to his steps. Awesome fight sequences, amazing dances, and excellent comic timing. How can you simply stay away than being a fan.

@preetwho: Thalapathy Vijay, to me, is more than a favourite star. I had a personal loss last year. His films and speeches helped me cope with it. He did not let destructive criticisms stop his meteoric rise to superstardom. A huge inspiration.

@vijay_fan4life: Vijay is like part of my family. Grew up seeing his films and became an ardent fan since Ghilli. My love and adoration towards him never stopped growing. Been with him during his worst period. Saw him being criticised mocked, trolled, and worse, but now the tables have turned. He is number one.