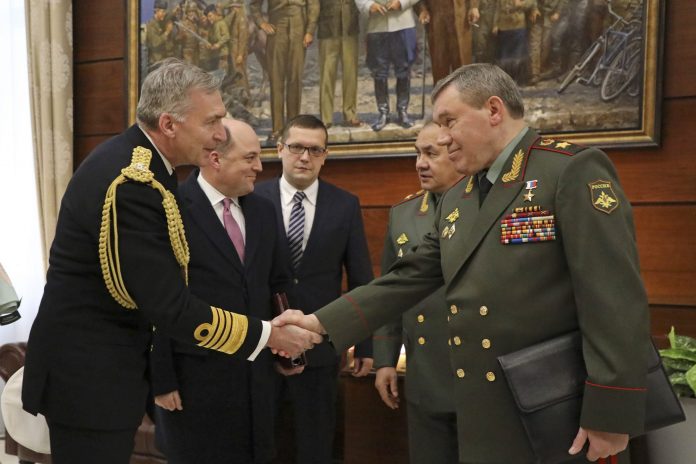 The head of the UK armed forces Admiral Tony Radakin said on Sunday that it was “unlawful and unhelpful” for Britons to go and fight against Russia in Ukraine.

His comments contradict British Foreign Secretary Liz Truss, who said she supported anyone who wanted to volunteer and followed an appeal for foreign fighters to come to Ukraine from President Volodymyr Zelensky.

“We’ve been very clear that it’s unlawful as well as unhelpful for the UK military and for the UK population, to start going towards Ukraine,” Chief of the Defence Staff Radakin told BBC television.

“Support from the UK, support in whatever way you can. But this isn’t really something that you want to rush to, in terms of the sound of gunfire.”

Truss said last week that she would “absolutely” support Britons wanting to go to Ukraine to fight, and an unknown number have already gone.

“I think she was reflecting… that we can all understand that sentiment, and that sentiment needs to be channelled into support for Ukraine, but we’re saying, as professional military people, that actually that is not necessarily the sensible thing to be doing,” Radakin said.

Zelensky has urged foreigners to head to Ukrainian embassies worldwide to sign up for an “international brigade” of volunteers to help fight invading Russian forces.

He previously called on foreigners with combat experience to come to help defend his country, which has come under a withering Russian military assault from three sides since February 24.

The British Foreign Office advises against all travel to Ukraine and for all Britons to leave if it is safe to do so.