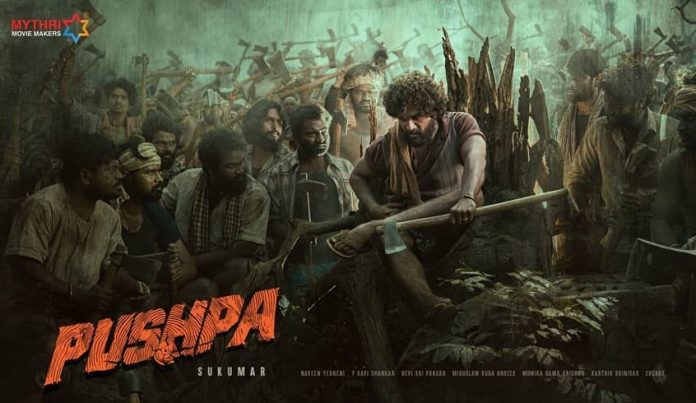 Allu Arjun starrer Pushpa is undoubtedly one of the most awaited films of the year. We will get to see the superstar in a different avatar in the film, and today, on his 38th birthday, the makers of the film have unveiled the teaser of the movie.

Well, it’s an amazing action-packed teaser, and Allu Arjun is damn good in it. After watching the teaser, we can clearly say that the film will be a perfect masala entertainer.

Directed by Sukumar, Pushpa also stars Rashmika Mandanna and Fahadh Faasil. We get a small glimpse of Rashmika in the teaser, and she looks beautiful in it. Fahadh Faasil will be seen playing the antagonist in the movie, but he is not a part of the teaser.

Pushpa is being made in Telugu, but it will be dubbed and released in various languages like Malayalam, Tamil, Hindi and Kannada. It is slated to release on 13th August 2021.

While announcing the release date, Allu Arjun had posted on Instagram, “Verified #PUSHPA loading in theatres from 13th August 2021. Excited to meet you all in cinemas this year. Hoping to create the same magic one more time with dearest @aryasukku & @thisisdsp . @rashmika_mandanna @mythriofficial #PushpaOnAug13.”