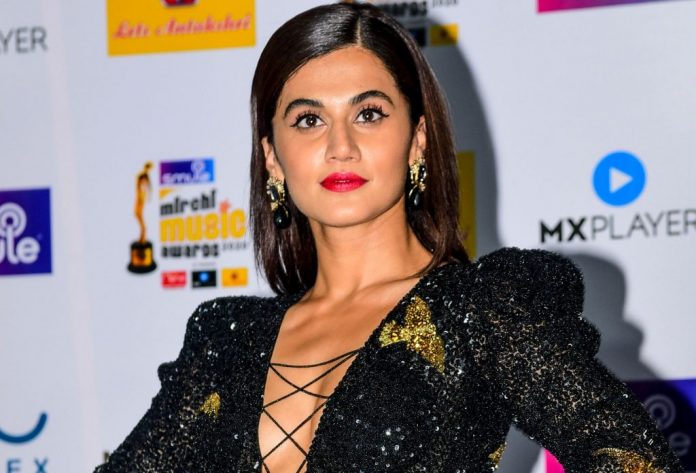 There were reports that Taapsee Pannu’s Rashmi Rocket will take the digital route, and on Monday (20), the makers announced that the film will premiere on Zee5 on 15th October 2021.

Taapsee took to Twitter to make an announcement about it. She tweeted the poster of Rashmi Rocket and wrote, “Get ready to run with Rashmi in this race on and off the track. She will need you in this one #RashmiRocket ready to take off on 15th October 2021 only on @zee5.”

Rashmi Rocket is about an athlete from Kutch, India. Taapsee plays the role of the athlete and for the movie the actress had undergone an excellent physical transformation. She used to share the pictures and videos of her workout on social media.

Talking about other films of Taapsee, the actress will be seen in movies like Looop Lapeta, Dobaaraa, Alien (Tamil), Shabaash Mithu, Mishan Impossible (Telugu), Blurr, and Woh Ladki Hai Kahaan.

There are reports about Taapsee starring in Rajkumar Hirani’s next which features Shah Rukh Khan as the male lead, but there’s no official announcement about it.