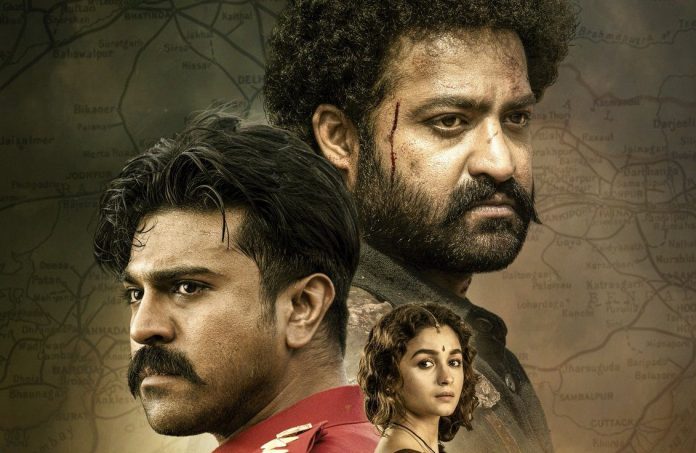 Acclaimed Indian filmmaker SS Rajamouli’s latest directorial venture RRR (2022) is unstoppable at the domestic box office in India. The film, which hit screens on March 25, opened to packed houses across the country and recorded a thunderous opening. It made a killing over the weekend and continued its fantastic run on its first Monday as well.

Apart from Tamil, Telugu, and Kannada, the Hindi version of the mega-budgeted film is also performing extremely well. On Monday, it racked up approximately £1,709,080, which is indeed great keeping in mind the fact that a large section of the audience is still not flocking to cinemas.

Well-known trade analyst and film critic Taran Adarsh took to social media to announce that the Hindi version of RRR minted approximately £1,709,080 on Monday, taking its four-day collection to approximately £1,960,065.

RRR has also become the top earner on a Monday ‘post-pandemic’, Adarsh wrote in another tweet. According to him, the film has grossed approximately £50,305,618 worldwide, becoming the first Indian film to achieve this feat in such a short span of time. The film is expected to shatter several other box-office records in days to come.

RRR began its principal photography in 2018 and the makers were eyeing a release date in 2020. However, the sudden outbreak of the coronavirus pandemic in 2020 derailed their plans as all shooting activities came to a grinding halt to contain the spread of the virus. After facing several delays in release, it finally found its way into theatres on March 25, 2022.