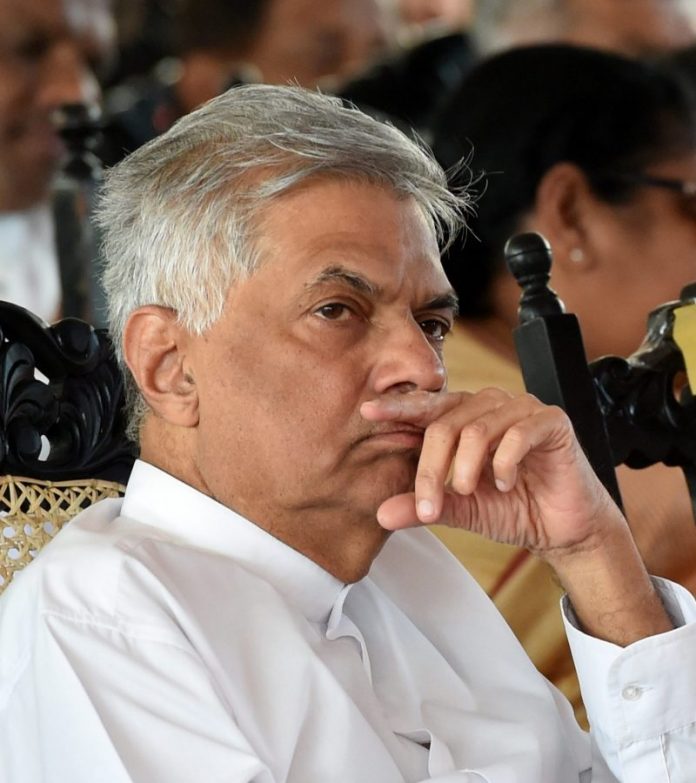 Sri Lanka’s economy has “completely collapsed” and it is facing a far more serious situation beyond the mere shortages of fuel, gas, electricity and food, Prime Minister Ranil Wickremesinghe warned on Wednesday, underscoring the urgency of arriving at an early agreement with the IMF to obtain an additional credit facility.

Sri Lanka has been facing the worst economic crisis since independence in 1948 which has prompted an acute shortage of essential items like food, medicine, cooking gas and fuel across the island nation.

Giving an update to Parliament on the government’s mitigation measures taken so far, Wickremesinghe, also the finance minister, said, it is no easy task to revive a country with a “completely collapsed” economy, especially one that is dangerously low on foreign reserves.

“If steps had at least been taken to slow down the collapse of the economy at the beginning, we would not be facing this difficult situation today. But we lost out on this opportunity. We are now seeing signs of a possible fall into the very bottom. However, we must come out of this situation. If not, we will be unable to seek solutions to any other issue in the country,” he said.

“We are now facing a far more serious situation beyond the mere shortages of fuel, gas, electricity and food. Our economy has faced a complete collapse. That is the most serious issue before us today. These issues can only be resolved through the reviving of the Sri Lankan economy. In order to do this, we must first resolve the foreign reserves crisis faced by us,” he said.

The nearly-bankrupt country, with an acute foreign currency crisis that resulted in foreign debt default, had announced in April that it is suspending nearly USD 7 billion foreign debt repayment due for this year out of about USD 25 billion due through 2026. Sri Lanka’s total foreign debt stands at USD 51 billion.

The foreign currency crisis has crimped imports, creating severe shortages of food, fuel, electricity and other essentials like medicines, forcing people to stand in long lines to fulfill basic needs.

The Indian credit lines since January this year have provided a lifeline to Sri Lanka amidst growing public dissent over the worsening economic conditions.

But Wickremesinghe said India would not be able to keep Sri Lanka afloat for too long. “We have taken loans amounting to USD 4 billion under the Indian credit line. We have requested more loan assistance from our Indian counterparts. But even India will not be able to continuously support us in this manner. Even their assistance has its limits. On the other hand, we too must have a plan to repay these loans. These are not charitable donations,” he said.

Wickremesinghe said that currently, the Ceylon Petroleum Corporation is USD 700 million in debt. “As a result, no country or organisation in the world is willing to provide fuel to us. They are even reluctant to provide fuel for cash,” he said.

He informed lawmakers that USD 70 million from the World Bank and USD 20 million from Sri Lankan Government funds will be paid to import 100,000 MT of gas to solve the issue soon.

He said that on Monday, an IMF team arrived in Sri Lanka and the talks with the group will continue for the next several days.

“We have concluded the initial discussions and we have exchanged ideas on various sectors such as public finance, finance, debt sustainability, stability of the banking sector and the social security network,” he said.

“We intend to enter into an official level agreement with the IMF by the end of July,” he said.

He said representatives of the financial and legal advisory firms Lazard and Clifford Chance are now in Sri Lanka to assist in its debt restructuring efforts. The framework for debt repayment restructuring is being formulated, he said.

He said that next Monday, a team of representatives from the US Department of the Treasury will also arrive in Sri Lanka.

He said that Sri Lanka will organise a credit aid conference which will be led by main lending countries — India, Japan and China.

“There have been some conflicts and disagreements between us in the recent past. We are working towards resolving these and fostering friendly relations once again. Each country has different processes for granting loans. Through the credit aid conference, we hope to arrive at a general consensus on the lending processes,” he said.

“If we receive the IMF seal of approval, the world will once again trust us. It will help us to secure loan assistance as well as low-interest loans from other countries in the world,” the Prime Minister said.

The government is also holding discussions with the World Bank, Asian Development Bank, the United States, other friendly nations and heads of state to secure interim short-term loans till the country receives IMF support.