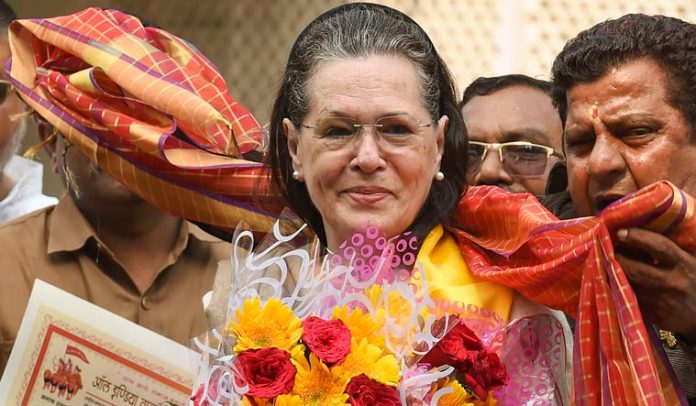 Ahead of the Assembly bypolls in Karnataka, Congress president Sonia Gandhi has asked the state unit to work under collective leadership and take dominant communities of the state into confidence, senior party leader S R Patil said on Thursday. Patil, who met Gandhi at her residence here along with M C Venugopal, said he also discussed about the flood situation in details and about the forthcoming bypolls in 15 assembly constituencies in the state.

“The party chief advised us to work with collective leadership and take all major castes and communities into confidence,” Patil told the media after the meeting. She was referring to major communities, especially vokkaliga, lingayat and brahmin, he said. Gandhi also advised the state leaders to shun personal ego and build a strong party in the state, he said.She said the party should win in the coming by-elections in December, he added.

Patil thanked her for giving him the opportunity for the second time as the Leader of Opposition in Legislative Council of Karnataka. The party had on October 9 appointed former Karnataka chief minister Siddaramaiah as the Leader of Opposition (LoP) in the Legislative Assembly in the state while Patil was appointed as the LoP in the Legislative Council. Siddaramaiah had on Wednesday met Gandhi in the national capital. Patil attacked the BJP government in the state for the “delay” in providing flood relief and took a dig at state BJP president Naveen Kumar Kateel.