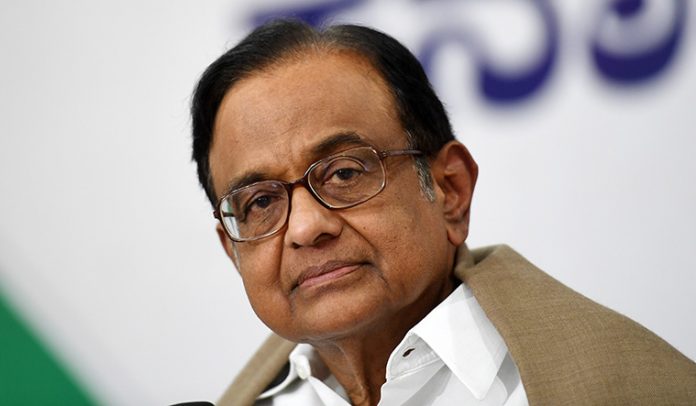 Former prime minister Manmohan Singh and Congress president Sonia Gandhi on Monday met P Chidambaram in Tihar Jail, where he has been lodged since September 5 in connection with the INX media case.The two Congress leaders were accompanied by Karti Chidambaram, the former Finance minister’s son who is also a Lok Sabha MP. Chidambaram, who had asked his family to tweet on his behalf, said he was honoured that the two leaders visited him.”I am honoured that Smt. Sonia Gandhi and Dr. Manmohan Singh called on me today. As long as the @INCIndia party is strong and brave, I will also be strong and brave,” he tweeted.

He also took a dig at Prime Minister Narendra Modi over his “Everything is fine in India” remark, saying, “Bharat mai sab achha hai. Except for unemployment, loss of existing jobs, lower wages, mob violence, lockdown in Kashmir and throwing Opposition leaders in prison. Modi at the ‘Howdy, Modi’ event in Houston on Sunday said, “Energy of NRG (stadium) is a witness of synergy between India and the US…My answer to ‘Howdy, Modi’ is only this: Everything is Fine in India”. K Chidambaram expressed his gratitude to the two Congress leaders for meeting his father.

“My father and I are extremely grateful to Congress president Sonia Gandhiji and former prime minister Manmohan Singhji for visiting us today. This will give us the strength and support in this political fight,” he told PTI after the meeting. The meeting lasted for the full allotted time of around half-an-hour, sources said.The party “fully” stands behind Chidambaram and will fight the case politically, the sources quoted Gandhi as having said during the meeting.

Chidambaram also discussed at length with Singh the corporate tax cut and GST concessions announced by the government, according to the sources.The two held detailed discussions on these and their repercussions on the country’s economy, they said.The sources said the visiting leaders also enquired about Chidambaram’s health and welfare.Senior Congress leaders Ghulam Nabi Azad and Ahmed Patel had also met P Chidambaram at Tihar Jail last week.