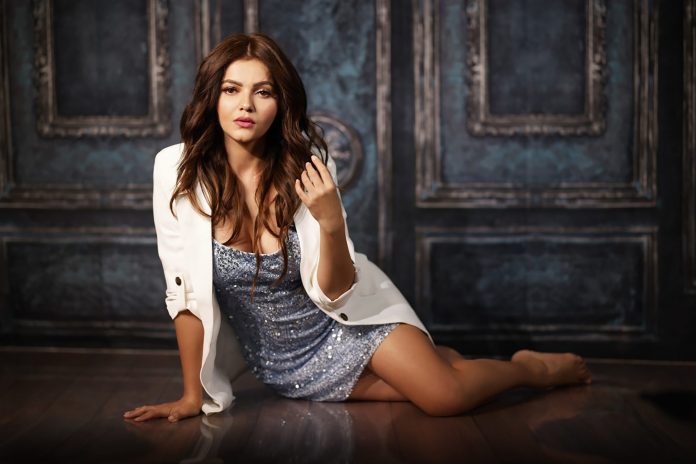 This week the acclaimed actress makes her hotly anticipated move to film with a starring role opposite Rajpal Yadav in Mumbai-set drama Ardh. She plays a devoted housewife of an impoverished man, who is desperate to become an actor and will do whatever it takes to make that dream come true, in a story that is very much rooted in reality.

It will mark a brand-new chapter for a massively popular star, who has a huge fan base and natural talent to take on any challenge.

Eastern Eye caught up with the loveable beauty with a winning smile to speak about Ardh, her future hopes, inspirations and why she loves Mumbai. She also spoke about her positive outlook on life.

How do you reflect on your TV journey?
When I reflect back on my journey in television it has been like a rollercoaster ride. As I’ve always said, it has been 70 per cent of my dark feeling and disheartened moments, and 30 per cent of successful strong powerful moments and that’s how I can sum it up.

What made you choose Ardh as your first film?
The fact that this movie is content driven was my only focus and that’s how I made the decision of doing Ardh.

Tell us about the film and role you play?
The film is about the struggle of an actor and how he still dreams among all the many challenges that life throws at him, and I play this character of Madhu who is just devoted and dedicated to this dream of her husband. She gives up everything and single-heartedly wants her husband to achieve his dreams, and that’s the beauty of the character.

How does this role compare to others you have done?
No, I cannot compare my role of Madhu to any other characters I’ve done before because every character has its own USP and so has this. I know it sounds cliché, but yes, it is different than what I’ve done so far.

What is your endearing memory of the film?
My own favourite moment from the film has been dressing up as Madhu because it is so different from my real life and so far removed from characters that I’ve played earlier. You know getting into their attire and living those few moments on the sets as Madhu itself was so memorable.

Do you have a favourite moment in the film?
My favourite moment in the film, of course, is not a part of the film. It is a special song that we have shot and it’s going to appear towards the end of the film. It’s going to be a treat for fans and that’s all I’m going to spill right now because I really want them to enjoy it. So, it’s a surprise for them. I don’t want to open up about it too much.

Who are you hoping connects with this film?
I am hoping the masses enjoy this film. They are surely going to connect with this story, representation, and the characters of Madhu and Shiva who, as a couple, represent the soul of our society. How the husband is aspiring to achieve his dreams and how the wife is devoted and dedicated to the husband. How she takes care of the family, so that he can go out to live his dream. So, many people are going to connect with the film.

What was it like working with a seasoned actor like Rajpal Yadav?
It was indeed an absolute pleasure to work with Rajpal sir. He’s an extremely humble human being and that is something that makes him also a versatile actor, because I believe if you’re a good human being you can achieve any height of success.

What kind of films do you enjoy watching?
I’m a complete rom-com kind of a girl. I like romance and comedy. I also enjoy science-fiction. Yes, I have favourites, not just one. There are a couple of films that I really enjoy, and I don’t mind watching them twice or thrice. Ardh is set in the heart of Mumbai.

What do you love about the city?
Yes, Ardh is very much set in the heart of Mumbai. It is the city of dreams. We have a name for it in Hindi, which means, it is the ‘land of work’. I feel really blessed that I’ve been able to live a major part of my life and career in the city, which has really helped me achieve my dreams. I live them daily. It has been kind and protective whenever I have stepped out in the city.

What was it like shooting during a pandemic?
It was very difficult to shoot during the pandemic because there were a lot of challenges, as we were actually shooting in real locations. We shot in the chawls and there were, of course, people living there, so there was a lot of commotion. You know slowly the shops were opening, people were coming out, yet there were restrictions and guidelines to be followed. So, it was very very difficult.

What is the plan now and will you do more films?
Yes, I am looking forward to doing more and more films, but my love for television is still there. As I’ve mentioned before so many times and at so many places, it does not matter to me what platform it is; if it is a good script and character that people are going to remember, I’m going to put my 100 per cent into it – whether it is film or television. That is what I really look forward to.

Do you see yourself working in the west?
Oh my God, working in the West is my dream. I don’t know whether it’s going to be a dream come true or remain a dream, so will I leave it there.

What is your secret to always remaining positive?
My little secret is to always have a positive outlook. I believe that gratitude is the best attitude, so I’m just grateful at every point in time. To each and everyone, who’s been connected to me directly and indirectly, be it my fans, be it you, you’ve been a fabulous source of inspiration, Asjad. Family, of course, is the first and the foremost, and my loving husband. So, there’s always a moment of gratitude that I seek in little moments of my life.

Do you have ambitions away from acting?
I can’t see myself, you know, doing justice to any other thing than acting, so this is the only ambition I see myself fulfilling and living.

Why should we watch Ardh?
You have to watch Ardh for so many reasons. Firstly, it is a story which is extremely relatable. It’s about the aspiration of a struggling artist, who still lives that dream among all the chaos and struggle that he faces in life. The story is going to inspire millions. There is so much of relatability to the characters. There’s a touch of realism and you’ll see the flavour of Mumbai. You’ll see the core and heart of Mumbai, and feel it through our storytelling. Of course, it will be releasing on ZEE5 on June 10, so I want to hear from my people, my fans, how have they liked it. Their feedback is again going to be an inspiration for me to look out for other ways I can be of service to them through my art.