COOKING in the confines of your own home became one of the most popular pastimes during the pandemic.

For some, self-isolating meant they were unable to fill their bellies with home-cooked food they craved, and others lost elderly loved ones, which meant much-loved connections to meals they grew up with were broken. That’s why this book by the award-winning London-based chef and food writer behind the popular Darjeeling Express restaurant is timely.

This culinary tribute to her mother has a carefully selected collection of recipes from a childhood surrounded by delicious food. This celebration of Asma’s mother, home-cooking, and the richness of Indian culinary traditions results in a beautiful book that oozes with a variety of easy-to-follow, delightful recipes for all palates. These include aloo bonde (spiced potato balls in chickpea batter), ma’s prawns, buttermilk chicken pakora, sikandari raan (spiced leg of lamb), and zarda (sweet rice with saffron and nuts). 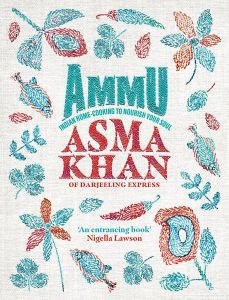 The recipes Asma loves to cook have been passed down through generations, which means it takes Indian cooking back to its roots and traditional flavours. What makes this book extra special is that the pages are scattered with reflections, lovely memories, and photos of Asma’s life, which invite the reader into her world, giving that personal touch. Not only does this book deliver an excellent insight into the home-style cooking Asma is known for, but it also provides readers with recipes, which for many will give their tastebuds immense pleasure.

This is also a go-to guide for those looking for inspiration, connection to the rich cuisine of India, and finding ways to nourish their souls through food.

This special book is for anyone, including cooking enthusiasts and those who are interested in food memoirs, and it will certainly inspire everyone to cook.

DEEPLY in love couple Nur and Yasmina have been together ever since they met at university.

Their four-year relationship looks perfect on the surface, but Nur hasn’t been able to tell his conservative Pakistani Muslim family about this brilliant, beautiful, and kind woman because she is black, and he doesn’t know how they will react.

The story goes back and forth in time between Nur’s seemingly impossible position of trying to tell his parents about Yasmina, and a past that includes the young couple’s journey together.

In the process, we learn about the protagonists’ emotional insecurities as he gets caught between trying to do right by his parents and the woman he loves.

This recently published debut novel from British Asian author Kasim Ali makes you realise how few coming-of-age romantic books there are that centre on young men of colour. Then adding a cross-cultural element that exposes racism within the brown community adds another interesting layer of uniqueness to this interesting book.

The book has plenty of relatable moments, especially for those who do come from conservative south Asian families.

Although it is a poignant love story, this book also addresses themes of racism, family, emotional insecurities, and mental pressure. This novel also looks at the vulnerability of a young man, who just wants to make everyone around him happy, but doesn’t know how. It’s apparent that a younger person has written the book and not some older one trying to capture that youthful spirit.

But at the same time, it doesn’t have the skilful writing of a seasoned author. The non-linear narrative requires a lot of concentration to follow events and can be distracting.

Some may find it hard to root for the central character, but thankfully he is balanced out by the more likable Yasmina. It’s a novel that deserves to be found for tackling a central issue that has been papered over for too long.

A REMARKABLY rapid rise has seen Sukh Ojla go from becoming an acclaimed stand-up comedian to writing her debut novel.

In between, she has become a TV personality and continued her acting career. Like her acclaimed live comedy sets, the story is based on her own life and revolves around a seemingly awkward 30-year-old Punjabi woman who moves back in with her parents. She begins to live a double life of a dutiful daughter, but also someone who has to sneak around, navigate the dating minefield and deal with inner demons that are bubbling away beneath a happy-go-lucky exterior. During her search for love, she begins to unexpectedly bond with her mother and go on a personal voyage of discovery.

The accomplished debut novel offers up one of the most real British Asian female characters ever written. One who doesn’t have the perfect figure or that focused life plan. While the relatable protagonist has that double life that most are familiar with, she also bonds with her mother in a unique way and deals with mental health issues that are not often spoken about. 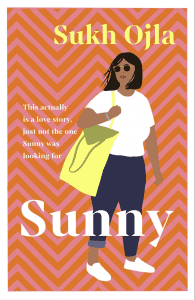 The writing for a first-time author is free flowing and filled with entertaining moments, which makes this an easy read. This will most appeal to the young single women, but also connect with an older generation and offer an interesting window to those who are not familiar with the culture. Fans of the hilarious stand-up sets delivered by Sukh may have expected far more comedy than this novel eventually offers up, but the protagonist is loveable enough that it perhaps didn’t warrant that.

This isn’t a complicated novel that attempts to be overly clever with structure or prose and isn’t a big rollercoaster ride of drama.

It is a human story with a loveable protagonist you want to hug through the pages. It wouldn’t be at all surprising if this were turned into a film or TV series.

Shaheen Chrishti’s Walk Like A Man: An eye-opening book about battling life’s challenges

BORN into a first-generation UK Punjabi Sikh family as a disabled child, British writer Amo Raju has channelled that inner force into a fascinating debut book, which takes the reader on an eye-opening and moving journey.

He has teamed up with Mani Hayre for what can best be described as a semi-autobiographical story revolving around a protagonist, AJ, on his quest to find purpose and meaning in a world that is not designed for disabled people.

The book opens with AJ recalling a dark memory from childhood overhearing, “no one will marry him,” because of his limited physical ability, and how harsh judgments continue to haunt him into adulthood.

Throughout the pages, a story unfolds as he navigates challenges in a society that, more often than not, is quick to put people into boxes.

Even though this book addresses difficult themes, including depression and inequalities, it does so with sensitivity while delivering a range of relatable emotions. Many will pick up this book and realise how important it is to challenge stereotypes and make people feel included.

And with so many people around the world going through a tough time battling cultural stigmas or taboos, particularly where they are still shamed for not being married, having children, and so on, this book will give comfort and inspiration in tackling those obstacles.

As well as raising awareness of disability, this book is a reminder that words are powerful and have the potential to tear someone down. But ultimately, you are the writer and owner of your story.

Although the chapters are short, it is well-written, engaging, and heartbreaking at times. This thought-provoking story of finding your place in a world that can be cruel is a great addition to any bookshelf and one which you will re-visit. It is a story of hope illustrating that overcoming obstacles is entirely possible in the face of adversity.