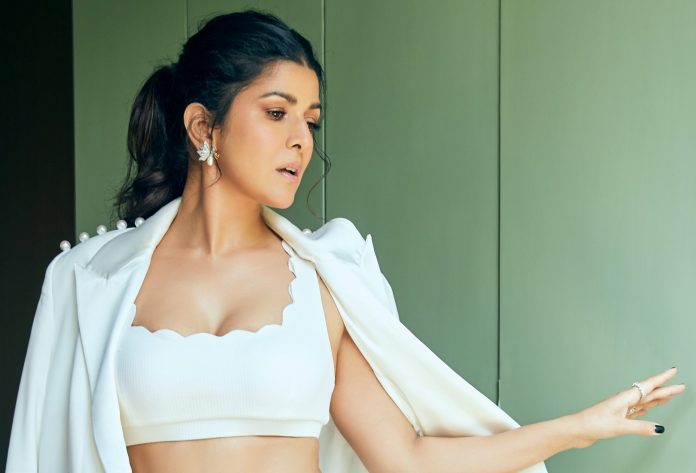 GROWING up in different places perhaps prepared Nimrat Kaur for her great global acting career that has seen her skilfully balance work in India with high-profile international projects.

That versatility has given her a diverse body of work, which ranges from super-hit Indian films like The Lunchbox and Airlift to acclaimed American dramas Homeland and Wayward Pines.

The talented actress makes a welcome return to Indian films with new Netflix release Dasvi, which is a social comedy about an uneducated politician going to prison and his timid wife taking over. She stars opposite Abhishek Bachchan in the story of two individuals going on parallel journeys and was happy to discuss the film with Eastern Eye.

The actress known for always stepping out of her comfort zone also discussed her inspirations, secret of a good performance and new Hollywood project Foundation.

You have been missed; why did you take a six-year gap to do another film?
The gap was not intentional. I had been travelling overseas to do a TV series there. After Airlift, I did Wayward Pines and then returned to India to do (web series) Test Case. Then I went back out to do Homeland season eight and returned to do Dasvi. Then Covid struck the world, so I think we can cancel out the last two years owing to that reason, but I definitely would love to do more work here and am looking for ward to all that changing with Dasvi.

Is finding satisfying roles the biggest challenge?
Satisfying roles are hard to come by because when something works you get stereotyped and will be offered the same type of characters. For example, after The Lunchbox and Airlift, I got offered roles, very similar to what I had played in the two films. So, that isn’t something I could instantly say yes to. Sometimes, projects I wanted to do didn’t come together. Yes, satisfying roles are hard to come by because it takes a while for people to want to see or imagine you in a different light.

What did you like about Dasvi?
I loved the genre and subject, which is so refreshing and completely new. I hadn’t heard or watched anything like this before. For me, it was extremely attractive to be offered comedy and something that connects to the heartland of India, where I have my roots. I have grown up in small towns and cantonments, so found this extremely attractive. I’m very grateful to (director) Tushar (Jalota) and (producer) Dinesh (Vijan) for trusting me with Bimla and everything the part requires. It’s been one of the most gratifying experiences.

Tell us about the film and your character Bimla Devi in it?
It is a drama comedy with lovely messaging, which is not preachy and what you make of it. It’s about the importance of education and how that can lead to life-changing circumstances. Bimla Devi is a circumstantial politician. She’s quite naïve, extremely docile and can’t even raise her voice in front of her husband. She’s really a child within an adult, who is not being given the chance or allowed to blossom. Then because of circumstances, she becomes the chief minister while her husband is in jail going through his journey. Their tracks kind of run parallel inside and outside.

Tell us about her journey?
It’s kind of like a role reversal, where an oppressed quietened person becomes an oppressor. It’s a classic case of somebody getting power and then not knowing how to handle it. It’s almost like giving an SUV to a child to drive; they are going to bang it and not know what to do with it because it’s just too much, too soon. She isn’t menacing, but somebody who can’t get over the power she’s been given and will do anything to hold on to it.

You are known to play unpredictable roles. Is that the case with this character?
The unpredictability and challenge of this role really frightened me because I wasn’t prepared to travel as far as I had to, whether it was learning a new Haryanvi accent or gaining about 15 kilos for the part. Then I had to keep the weight on for nearly 10 months because of the lockdowns, as I had work left to do and we couldn’t shoot anymore. Unforeseen circumstances turned this into probably the most challenging role I have ever taken up. It’s the furthest I’ve ever travelled as an actor because I had to bridge the gap between Nimrat and Bimo, then Bimo and Bimla Devi, because those are two different journeys.

How did you feel going on this journey?
It was extremely frightening at first and then slowly I started enjoying getting into the skin of the character. Once on set, I would just let go and think of nothing else but what the circumstances required, and director needed me to do. I was also attempting comedy for the first time, which was interesting because you’re not the butt of a joke or the object of humour, you are driving comedy in the scene. I can only hope it’s all landed as we had all intended. As a female actor you are very rarely given opportunities to make the audience laugh. That for me was extremely challenging and empowering.

My favourite moment in the trailer is when she doesn’t want to give up power. Is she a good or a bad guy?
(Laughs) She’s neither a good or bad guy. I think she’s a human being. How she reacts to a circumstance and something unforeseen is what makes her human. Like all of us, she has her good and not-so-good moments. I don’t like to label people or characters, because I don’t think anybody is entirely good or bad. I don’t think anybody wakes up wanting to be bad. You hope to be a good human being and conduct yourself in a certain way. Like I said, she is really like a child being given an SUV and doesn’t know what to do with it and can’t have enough of it.

What is your favourite moment in the movie?
I can’t pick one, as there are many favourite moments. Maybe, I’ll be able to assess this once the film is out and see people’s reactions.

How do you feel about the film having a straight to Netflix release?
Well, it is a sign of the times we are in. I would have loved for it to have opened at theatres because as an audience, I love the experience of watching a film on the big screen. That will always be special for me personally. But, you know, the comfort of being at home and able to watch a film as and when you please with your family, is a sign of the times. I think it’s lovely and fantastic we’ve been able to put a product out there for people to watch the world over.

You are one of the finest actresses, but what makes for a good performance?
I think commitment, honesty, and a consistent effort to keep trying something new and pushing the boundaries, and not letting yourself slip into a comfort zone brings the best out in actors. I think it works for me to not be complacent or repeat myself.

What is Abhishek Bachchan like as a co-star?
Abhishek is a thorough gentlemen, and an absolute gem of a person, as a co-star and human being. He has been so inspiring as a presence. He’s remarkably thoughtful about everyone on set, from the director to the spot boy and everyone around him. He’s so mindful about everyone’s wellbeing. He’s such an effervescent personality and really giving. It’s wonderful to work opposite him in a scene because you see so much vulnerability and genuineness. It’s refreshing to meet and interact with somebody who’s worked in the industry for so long, who is so grounded and truly a gentleman. He is such an incredible story storyteller and so entertaining. We also share a great love of food. I had such a wonderful time working with him.

How much are you looking forward to working on season two of Foundation?
Well, I have already filmed a bit of Foundation and will be going back to finish shooting that soon. It’s been a marvellous experience. I mean to be a fly on the wall in that universe is absolutely lovely. I’ve got the opportunity to work with probably some of the best minds in the business. Jared Harris, my co-star, has been absolutely phenomenal. I’ve got to work again with one of the finest directors we know in the business, Mr Alex Craves. I’ve had just the most wonderful experience and can’t wait to go back and finish filming that.

Do you have a dream role?
I would love the opportunity to essay the part of Amrita Pritam. She has caught my fancy for a very long time and continues to. I hope the universe is listening and this ends up happening in some way because it’s something I have actually dreamt of for a long time.

What inspires you?
Authenticity and genuineness inspire me. People not being different in front of different people because that’s what’s expected of them inspires me. Grace inspires me a lot. I really feel like you are what you do when no one’s watching and that’s grace to me. I feel like these virtues can be very hard in the times we live in, where everything happens so quickly and people don’t have time for each other, let alone themselves. It’s a hard life! Everybody’s trying to grapple with challenges of the modern world in their own way. I feel like people who come out being graceful and dignified in how they conduct themselves, personally and professionally in situations where the worst can actually come out in you, is what inspires me.

Why should we watch Dasvi?
Dasvi is special to me and all of us. It’s refreshing, fun and has got a beautiful story and message. It’s film everyone can watch together and, of course, it’s an outing for me at the movies after a long time, so I would love for people to watch it. I can’t wait for people to let me know what they think about this special film. We hope that it connects to people just the same way.