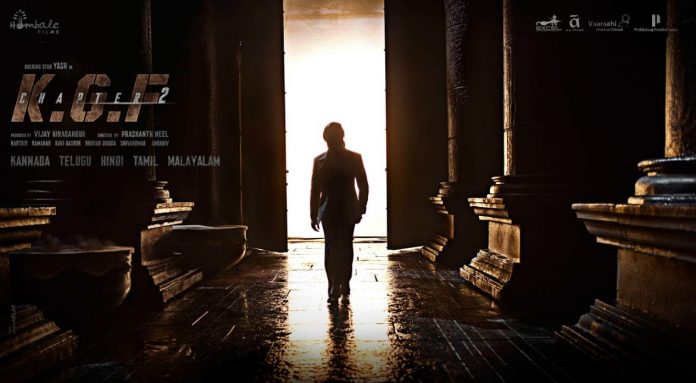 Kannada film K.G.F: Chapter 2 is one of the most awaited films of the year. The movie stars Yash, Sanjay Dutt, Raveena Tandon, and Srinidhi Shetty in the lead roles.

A few days ago, the makers had released the teaser of the movie, and today, the release date of the movie has been announced. Yash took to Twitter to make an announcement about it.

He tweeted, “Fasten your seat belt coz the date is set..”

K.G.F: Chapter 2 is slated to release on 16th July 2021 which is the Eid al-Adha weekend, and the holiday weekend will surely give the movie a boost at the box office.

The teaser of K.G.F: Chapter 2 was released on 7th Jan, and till now, it has received more than 164 million views on YouTube. While it is a Kannada film, it will be dubbed and released in various languages including Hindi.

The Hindi dubbed version of K.G.F: Chapter 1 had done a decent business at the box office, and now, there are a lot of expectations from the sequel. A few days ago, there were reports that Excel Entertainment had paid a whopping amount to get the Hindi rights of the film.

A source had told the entertainment portal, Spotboye, “When KGF was made we were not even thinking of a Hindi version. It was done at the last minute and sold to Excel for peanuts. Now things are very different. The investment for the sequel is at least 7 times more than the original. Of course, Excel has had to pay a lot more this time. Isn’t that fair?”

Yash is a star in the Kannada film industry, and with Sanjay Dutt and Raveena Tandon joining the cast of the sequel, K.G.F: Chapter 2 will surely attract the moviegoers in the Hindi belt.