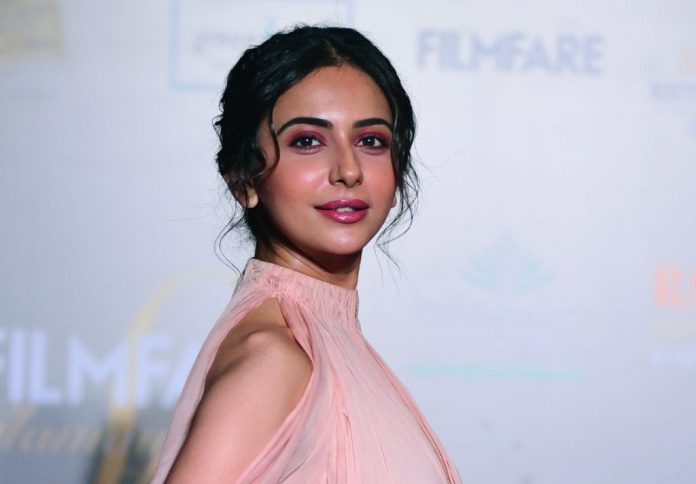 Director AL Vijay is currently awaiting the release of his directorial Thalaivi which stars Kangana Ranaut in the lead role. Meanwhile, he has started working on his next which is titled October 31st Ladies Night.

According to Cinema Express, Rakul Preet Singh will be seen playing the lead role in it, and the final schedule of the film kickstarted in Hyderabad on Friday.

A source stated, “Rakul is excited to attempt something she hasn’t done until now. A seven-day schedule is underway at Gandipet and Rakul, along with Vidyullekha Raman, who plays a supporting role in the film, has joined the sets on Friday.”

Reportedly, the movie revolves around four women who face unexpected events that take place during a Halloween night. Apart from Rakul, the film also stars Nivetha Pethuraj, Manjima Mohan, Megha Akash, and Reba Monica John. It will be releasing on an OTT platform.

Talking about Rakul’s other films; the actress will be seen in movies like Ayalaan, Attack, Mayday, Thank God, an untitled film with Krish and Indian 2. She was last seen in Sardar Ka Grandson which release on Netflix in May this year.