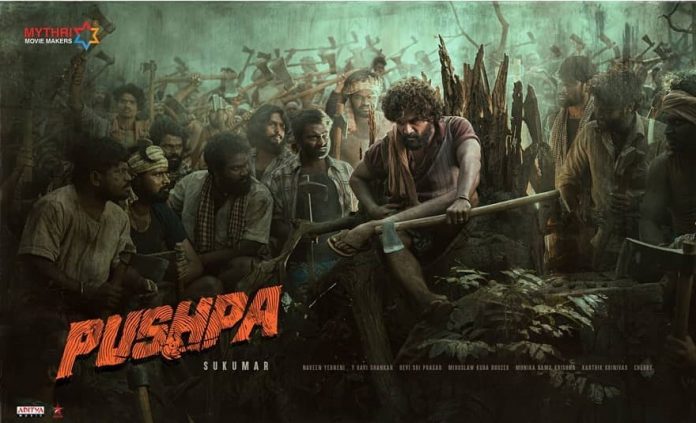 Allu Arjun is one of the most successful actors presently working in Tollywood. The actor enjoys a massive fan following, which ensures that his films open to earth-shattering response at the box-office.

The 38-year-old star was last seen in Ala Vaikunthapurramuloo (2020), which turned out to be an instant blockbuster at the ticket counter, becoming one of the highest-grossing Telugu films ever. After its resounding success in Telugu language, the film is now set for a remake in Bollywood.

Now, giving an unexpected surprise to Allu Arjun’s fans, successful producer Bunny Vas has revealed the upcoming line-up of films that the actor has in the pipeline. Also confirming the sequel of Pushpa, Vas reportedly said that the film is set to be the biggest blockbuster of the actor’s career to date.

“After Sukumar’s Pushpa, Allu Arjun will work with Venu Sriram for Icon. After that, he will shoot for the sequel of Pushpa. When we resumed shooting for the film, we did not expect it to be such a massive story,” Vas said in a recent interview.

He added that they have now decided to make two films, he said, “Now Pushpa will release in two parts because of that. Allu Arjun has also given his nod for films with AR Murugadoss and Boyapati Srinu after Pushpa 2. Koratala Siva’s film will also be accommodated in the line-up, depending on the dates. But as of now, we are all working towards making Pushpa the next big thing in Indian cinema.”

Buzz also has it that Allu Arjun is in talks with KGF director Prashanth Neel for a film. However, there has been no official word on the same.