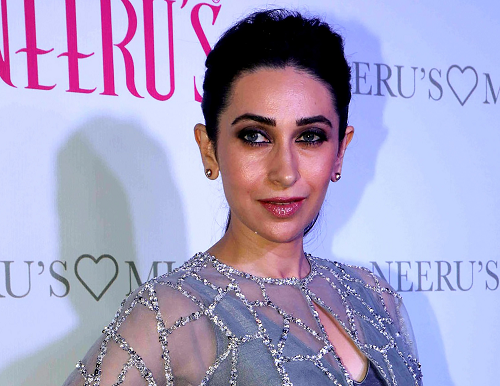 Karisma Kapoor ruled the silver screens in the 90s and early 2000. She has been a part of many successful films and has proved her mettle as an actor as well.

Recently, Karisma’s first film Prem Qaidi completed 30 years of its release. The actress on Instagram posted a still of the movie and captioned it as, “MOOD � #30yearsofpremqaidi #confindenceofa17yearold #gratefuleveryday� @sureshproductions.”

Prem Qaidi was directed by K. Murali Mohan Rao, and also featured actors like Harish Kumar, Paresh Rawal, Dalip Tahil, Asrani, and Bharat Bhushan. Replying to Karisma’s post, actor Sanjay Kapoor revealed that he was supposed to star in the film. He commented on the post, “Could have been your first hero.”

Well, in these 30 years Karisma has given some memorable performances in films like Anari, Coolie No. 1, Andaz Apna Apna, Raja Hindustani, Hero No. 1, Judwaa, Dil To Pagal Hai, Biwi No. 1, Hum Saath Saath Hain, Fiza, Zubeidaa, Shakti, and others.

Her last film as a lead was the 2012 release Dangerous Ishhq. She was later seen in a cameo in the 2018 release Zero.

Karisma made her digital debut last year with ALT Balaji’s web series Mentalhood. The series received a good response, and there have been reports that season two of Mentalhood is also on the cards.