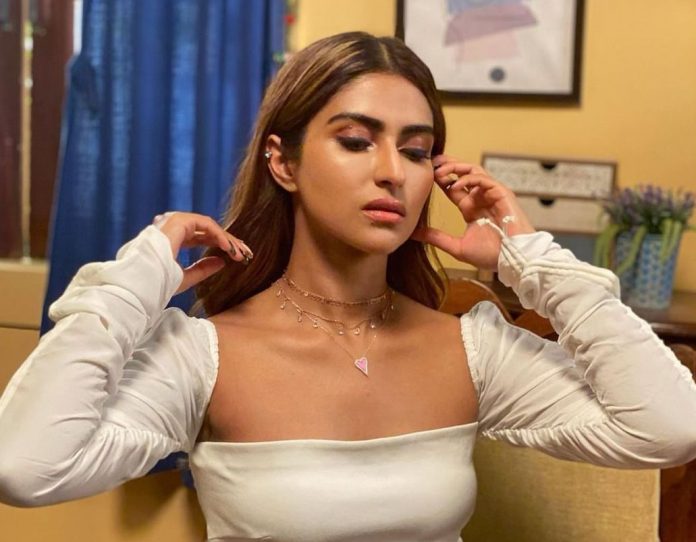 Pranutan Bahl is busy garnering praises for her performance in Helmet which premiered on Zee5 on 3rd September 2021. The movie also stars Aparshakti Khurana and Abhishek Banerjee in the lead roles.

We recently interacted with Pranutan and when asked about the response she has received for the film, the actress said, “It’s overwhelming! We are getting so much love from people, the audiences are loving it. So, yes, I am soaking in all the love and I want more people to see it.”

Helmet revolves around a group of friends who rob a truck thinking that the boxes in it have mobiles phones. But, after the robbery, they come to know that the boxes have condoms in them. The movie moves forward showcasing that how these people sell those condoms.

When asked Pranutan if she was hesitant to take up the role, she said, “No, it was a quick yes. Actually, the first thing that I thought was the audition should be good as this is such a unique script; it’s so different from Notebook. I feel very few actors at such an initial stage of their career get these opportunities, and I think you should make the most of it. So, I was never hesitant, I was excited.”

Pranutan made her debut with Notebook which was released in 2019. Her character in Helmet is totally opposite of what she played in her debut movie.

So, when we asked if it was a conscious decision to do a film after Notebook that showcases her versatility, Pranutan said, “I was hoping for something that is different. There’s a lot of filtering you need to do especially after a debut like Notebook because you do get stereotyped into those kinds of cinema and that kind of girl. So, yes, it was a conscious effort, but again I feel destiny has to be on your side for things to fall into place.”