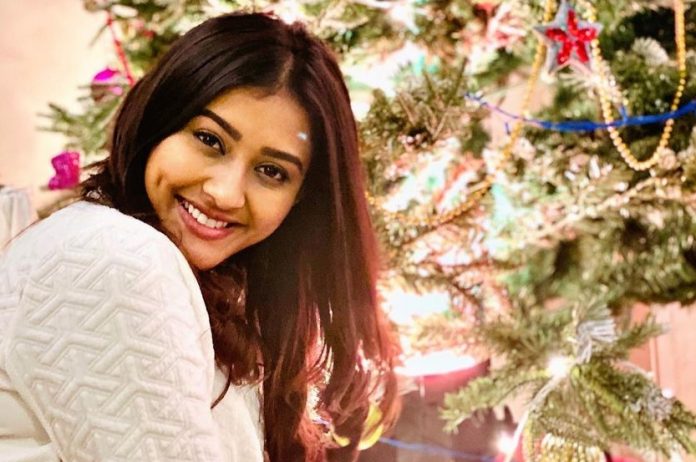 Pooja Jhaveri has been a part of movies like Bham Bolenath, Thodari, Dwarka, and others. She was recently seen on the big screen in the movie Bangaru Bullodu in which she was paired opposite actor Allari Naresh.

We recently interacted with Pooja and while talking about her experience of working with Naresh, the actress told us, “Amazing! Every time when you work with different people, you get different experiences. It’s like you get to learn a lot. Allari Naresh has been in the industry for more than 15 years, so you definitely get to learn a lot from him. His comic timing is amazing. So, it was great working with him and very smooth.”

Pooja has earlier worked with actors like Dhanush, Vijay Deverakonda, and others. When we asked her which actor she would like to share screen space with, the actress stated, “I have a long list. But, in the South, I would definitely want to work with Nani. The scripts and stories that he selects are really good, so I would want to work with him. Apart from him, I have a long list with whom I would like to share screen space.”

In 2017, Pooja had worked with Vijay Deverakonda in the film Dwarka. The movie had failed to make a mark at the box office, but when asked about her experience of working with Vijay, Pooja said, “What happened wrong with Dwarka was the release. We were supposed to release in November (2016), and on 8th November demonetization happened.  At that time, people weren’t going to the theatres because they did not have money to spend on a movie. So, then from November, we had to push it to March (2017), and until March I think people were still suffering.”

“So, I think that was the major reason why Dwarka did not do well. But later, we got an amazing response from people like it got remade in Tamil and people dubbed it in Hindi. Even today, every alternate day, you can watch it on Set Max. And working with Vijay was amazing. He is a very calm person to work with. Now, yes Liger is coming and I wish him all the best.”