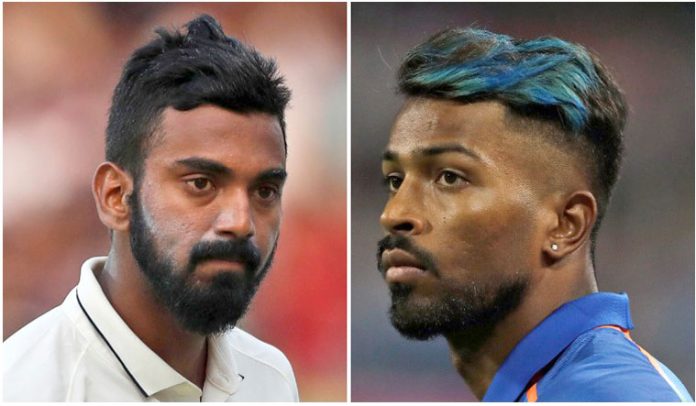 Hardik Pandya and K L Rahul were on Saturday fined Rs 20 lakh each by the BCCI Ombudsman D K Jain for their sexist comments on a popular TV show, ending an infamous saga that dented the reputation of the two India cricketers. In the order published on the official BCCI website, Jain wrote that no further action will be taken against Pandya and Rahul, who had missed five ODIs while serving their provisional suspension, and tendered an unconditional apology for making loose comments on women.
Instead, he directed the World Cup-bound players to pay a fine of Rs 20 lakh each that included a payment of Rs 1 lakh each to “each of the most deserving widows of 10 constables in para-military forces who have lost their lives while on duty, through ‘Bharat Ke Veer App”. Jain also instructed them to deposit Rs 10 lakh each in the fund “created by the Cricket Association for the blind”.
All payments are to be made within four weeks from the date of the order — April 19, 2019 — failing which “the BCCI may deduct the amount from their match fees”. “I have no hesitation in observing that the remarks made by the player, even by his own admissions, did offend sensitivities, which ought to have been avoided. Hence, he must make amends,” Jain stated in the order.
“Taking into consideration all these aspects, in particular the fact that the player has tendered an apology for the incident without seeking to justify his action, has acknowledged his duty to the society and expressed his willingness to hold himself to the higher standards expected of him and has missed five ODIs, in the interest of justice and fair play, (the fine) would suffice.
“Pandya, 25, and Rahul, 27, deposed before the Supreme Court-appointed Ombudsman earlier this month and were awaiting their fate even after being named in India’s World Cup squad on Monday.With their fate finally decided, they both can fully focus on the game now ahead of the World Cup beginning May 30 in the UK. They both are doing well for their respective IPL teams at the moment.
Pandya and Rahul were provisionally suspended by the Committee of Administrators (CoA) for their remarks and were asked to return home in the middle of the Australia tour. They had become subjects of nationwide criticism following their outrageous comments on a Talk show, aired in the first week of January.
The two tendered unconditional apologies and their ban was provisionally lifted pending an inquiry. Once Jain assumed his role, the CoA handed over the matter to the Ombudsman. Pandya and Rahul have also spoken publicly on the incident, recalling one of the toughest phases of their respective careers.
All-rounder Pandya is expected to play an important role for India in the World Cup while the in-form Rahul is in the squad as a reserve opener though he has also played in the middle-order. Pandya has represented India in 11 Tests, 45 ODIs and 38 T20 Internationals while Rahul has played 34 Tests, 14 ODIs and 27 T20 Internationals.
In the order, Jain also wrote why Indian cricketers need to be mindful of their conduct.”The cricketers wield immense influence in the society, especially the youth, who look upon them as role models…These impressionable young adults try to emulate not only their style of play but also their conduct and demeanour. Therefore, they cannot be unmindful of the impact of their casual and off the cuff remarks.”