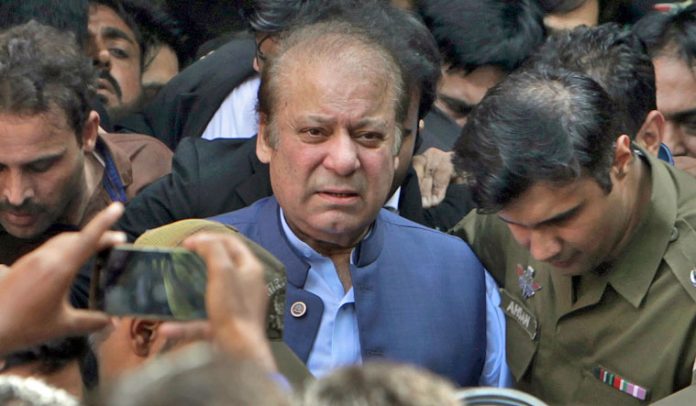 A Pakistani court has constituted a two-member bench to hear an appeal of jailed former prime minister Nawaz Sharif against his conviction in the Al-Azizia corruption case, a media report said on Tuesday.
The bench constituted by the Islamabad High Court (IHC) consists of Justice Aamir Farooq and Justice Mohsin Akhtar Kayani that will hear the case on September 18, the Dawn newspaper reported.
Sharif, 69, has been serving a seven-year prison term at the Kot Lakhpat Jail in Lahore since December 24, 2018 when the accountability court convicted him in the Al-Azizia Steel Mills case — one of the three corruption cases filed in the wake of the apex court’s July 28, 2017 order in Panama Papers case. Sharif and his family have denied any wrongdoing and allege that the corruption cases against them were politically motivated.