Home Enterainmnet stories Olivia Rodrigo and Lily Allen sing ‘F*** You’ for the US Supreme... 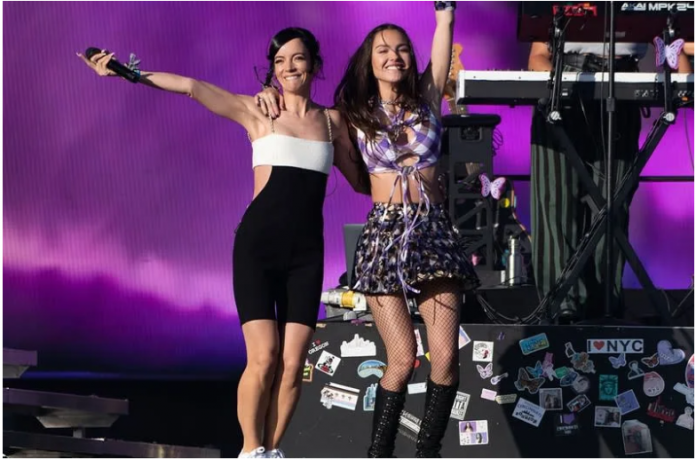 This year’s Glastonbury saw Olivia Rodrigo join forces with Lily Allen for a pretty important announcement at the Other stage. Referencing the devastating decision made by the Supreme Court just prior, Rodrigo took to the stage at the music festival to share her thoughts before dedicating the next track to the likes of Brett Kavanagh, Clarence Thomas, and Samuel A Alito.

“I’m also equally as heartbroken over what happened in America yesterday. The Supreme Court decided to overturn Roe v. Wade, which is a law that ensures a woman’s right to safe abortion and other basic human rights,” Rodrigo said.

She added, “I’m devastated and terrified. So many women and so many girls are going to die because of this. I wanted to dedicate this next song to the five members of the Supreme Court who have shown us that at the end of the day they truly don’t give a sh-t about freedom.”

Fittingly, the track that Allen and Rodrigo chose to perform was “F-ck You,” which ended up being one of the most significant moments of the festival this year. The pair aren’t the only ones to have used their platform to make a statement, however, with Billie Eilish and Phoebe Bridgers also referencing the recent news during their sets.