Home Enterainmnet stories Learnt how to keep honesty and reality intact as a director from... 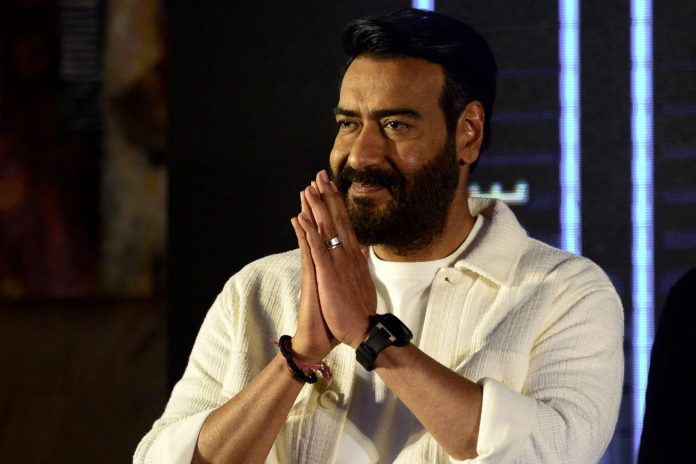 Ajay Devgn on Tuesday said his experience of working with different directors on both commercial and independent films was useful while directing his upcoming feature “Bholaa”.

The actor-filmmaker is returning to direction with action-thriller “Bholaa” after last year’s “Runway 34”. He previously helmed and acted in films “U, Me Aur Hum” (2008) and “Shivaay” (2016).

Devgn said it is difficult to name one director who could be his idol but his collaborations with celebrated filmmakers Govind Nihalani, Mahesh Bhatt, Mani Ratnam, Ram Gopal Varma, Prakash Jha and Rohit Shetty has contributed to his growth behind the camera.

“When I started my career, a mainstream actor had never worked in (what) was called art cinema then. One film Tabu and I worked together on was ‘Thakshak’ with Govind ji (Nihalani), then (I worked with) makers like Bhatt sahab, Ramu (Varma), Prakash ji, Rituparno Ghosh and Mani Ratnam…

“I have learnt a lot from commercial films and also learnt how to keep honesty and reality intact from art films. I have learnt from every director,” Devgn told reporters here at the teaser launch of “Bholaa”.

The 53-year-old star believes today the lines between mainstream and independent movies have blurred, and with “Bholaa”, he has attempted to merge these two streams of cinema.

“Audience wants to see reliability and reality put into a big-scale film. So, bringing these two elements has been a big learning experience,” he added.

As a director, Devgn said his focus is always on storytelling.

“I wanted to focus on the whole film as a project, every aspect of the film. There was not just one thing that I wanted to harp on. Filmmaking is about storytelling, so I wanted to concentrate on the storytelling and then everything else falls into place,” he said.

“Bholaa” is the Hindi remake of the Tamil hit “Kaithi”, written and directed by Lokesh Kanagaraj. It featured Karthi in the lead role.

The story revolves around a recently released prisoner who is on his way to meet his daughter but gets caught up in a dangerous face-off between police and drug mafia.

Devgn revealed the film will be turned into a franchise.

“It is planned as a franchise. When you see the film, there is a surprise element.” “Bholaa”, also featuring Tabu and Sanjay Mishra, is set to release theatrically on March 30.

But working on “Bholaa” was different as this was the first time she saw Devgn as a director, Tabu said.

“He was not the Ajay Devgn that I have known for so many years. He was someone else altogether. Anyways, he talks and laughs less, but when he is a director you don’t go to him at all. He used to forget to tell me what I should be doing in a shot,” she said.

During the event, the 51-year-old actor enacted how Devgn would give her directions on the sets. She said he would ask her to “jump from the truck, then do this, then punch, and then fall, that’s all”.

“Those were his instructions for my action, and I had to tell him that ‘I am not Ajay Devgn, sir’,” she quipped.

As a director, Tabu said, Devgn is clear about his vision.

“He is an amazing director and technically sound. He knows exactly what he wants and there is no nonsense around it… He will not overshoot or make you overdo things. Because he himself is an actor, he sees almost everything from an actor’s perspective,” she added.