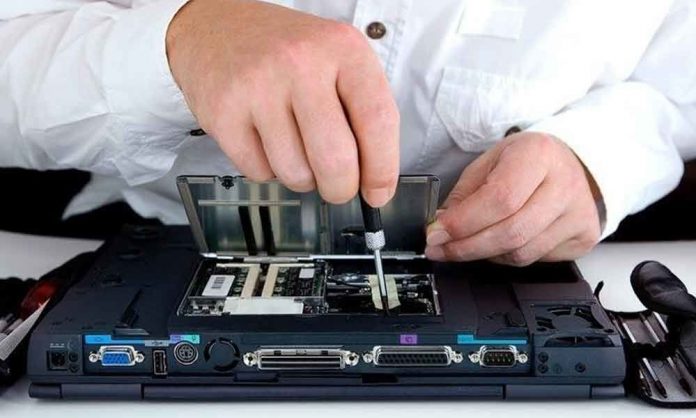 India’s domestic market for computer services is forecast to grow faster than their exports, fuelled by the government’s Digital India programme and the country’s burgeoning start-up environment, according to an UN report. “The computer services industry in India is increasingly catering to the domestic market, leveraging expertise gained from exporting, while at the same time reducing an over-reliance on such exports,” stated the report by the United Nations Conference on Trade and Development (UNCTAD).

Noting that India ranked fourth in terms of growth in the share of the ICT sector’s value added in GDP between 2010 and 2017, the report said, “The domestic market for computer services in the country is forecast to grow faster than their exports, fuelled by the government’s Digital India programme, its burgeoning start-up and venture capital scene and increased computer use by the MSMEs (Micro, Small and Medium Enterprises).”
The first-ever Digital Economy Report said the size of the global digital economy range from 4.5 to 15.5 per cent of world GDP. Regarding value added in the information and communications technology (ICT) sector, the US and China together account for almost 40 per cent of the world total. In terms of value added, the US has the world’s largest ICT sector at about a trillion dollars, almost twice the size of the second largest, China.

The report further said that within the ICT sector, computer services are the largest component, with a 40 per cent share of total value added. The global computer services industry is dominated by the US. Its share of the sector’s value added is almost as big as that of the combined total of the next nine largest economies, the report said. “India has the largest share among developing countries in this context,” it said. On an individual economy basis, some economies saw growth in the share of the ICT sector’s value added in their GDP between 2010 and 2017. Taiwan ranked first, owing to growth in ICT manufacturing.

India ranked fourth, with growth driven mainly by computer services. Ireland tops the list of countries in terms of value added in computer services as a share of GDP by quite a significant margin, reflecting the strong presence of regional offices of US digital companies, followed by Sweden. Unlike for other parts of the ICT sector for this indicator, only India among the developing countries features among the top 10.

India ranked 9th in e-commerce sales in 2017 with total sales of USD 400 billion or 15 per cent as a share of GDP. Of the total sale, share of B2B was 91 per cent at USD 369 billion. The global employment in the ICT sector increased from 34 million in 2010 to 39 million in 2015, with computer services accounting for the largest share (38 per cent). Three developing and transition economies – Brazil, India and Moldova – employed over 50 per cent of ICT sector employees in computer services.

Some countries have been successful at developing an export industry in ICT services. Among the top exporters, the relative importance of ICT services in total services exports varies considerably. In Finland, India, Ireland and Israel, this share is higher than 25 per cent. India, which ranked second, is the largest developing-country exporter of such services, almost a third of which are computer services. China and India are leading in the creation of start-ups, accounting for 58 per cent of the total for the region.

The extent to which Internet users are concerned about their privacy online varied from country to country. A 2019 survey on Internet security and trust conducted by the Centre for International Governance Innovation (CIGI) and Ipsos, in collaboration with UNCTAD and the Internet Society, found that 78 per cent of Internet users in 25 economies were at least somewhat concerned about their privacy online. Concerns were found to be the most widespread in Egypt, Hong Kong (China), India, Mexico and Nigeria, where that proportion was 90 per cent or higher. By contrast, the lowest level of concern was noted in Kenya, at 44 per cent.

As per the study, wealth and power in the digital sphere are increasingly being held by a small number of so-called “super platforms”, comprising the seven global brands Microsoft, Apple, Amazon, Google, Facebook, Tencent and Alibaba. Between them, these companies account for two-thirds of the total market value of the top 70 platforms: in China, WeChat, owned by Tencent, and AliPay, an Alibaba company, have captured virtually the entire Chinese mobile payment market between them. Google accounts for some 90 per cent of the global Internet search market, and Facebook is the top social media platform in more than 90 per cent of countries.