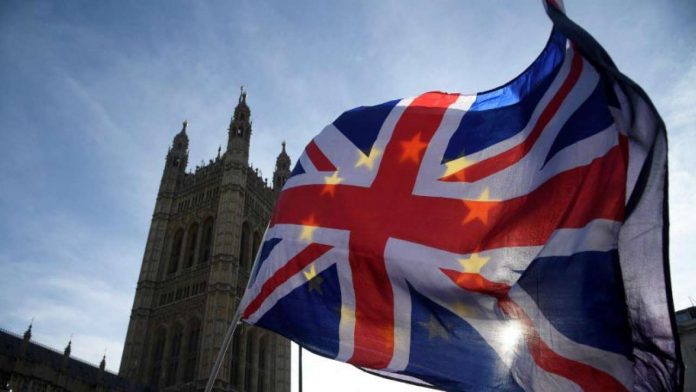 In a move that addresses a long-standing demand to boost Indian student numbers choosing British universities, the UK government on Wednesday announced a new two-year post-study work visa route for all international students.
The new ‘Graduate’ route, to be in place by next year, will be open to all overseas nationals who have valid UK immigration status as a student and have successfully completed a course of study in any subject at undergraduate level or above at a government-approved UK higher education institution.
The visa will allow eligible students to work, or crucially look for work, in any career or position of their choice, for two years after completing their studies. British Prime Minister Boris Johnson, who has effectively re-instated a policy ended by his predecessor Theresa May around nine years ago, said the change would see students “unlock their potential” to begin careers in the UK.
“The new Graduate Route will mean talented international students, whether in science and maths or technology and engineering, can study in the UK and then gain valuable work experience as they go on to build successful careers,” said UK home secretary Priti Patel, the senior-most Indian-origin member of Johnson’s Cabinet.
“It demonstrates our global outlook and will ensure that we continue to attract the best and brightest,” she said. The UK ended its two-year post-study work visa offer during May’s term as UK home secretary in 2012, widely seen as responsible for a major drop in student numbers from countries like India.
“The withdrawal of the PSW [post-study work] visa was attributed with a decline in international student recruitment in the UK from key markets, notably India. Between 2010-11 and 2016-17, the number of higher education students from India more than halved,” noted a report by the UK’s All Party Parliamentary Group (APPG) for International Students.
The government’s latest announcement was widely welcomed by university chiefs and representatives, who highlight that Indian students were particularly prone to make their higher education choices based on being able to gain some work experience at the end of their degree.
“Although 82 per cent of our Indian graduates are satisfied with their careers wherever they are working, we know that they value the opportunity to spend some time in the UK working after their degree. This visa will make it significantly easier for them to do that,” said Vivienne Stern, Director, Universities UK International, which has been lobbying for such a visa for many years.
“The UK ranks first for international student satisfaction overall, compared to other major study destinations, but having a more attractive post-study work offer will open the UK up to even more international students. It will also allow employers in all parts of the UK to benefit from access to talented graduates from around the world,” she said. Indian students coming to the UK registered a hike over the last three years, hitting around 22,000 in the year ending June 2018. This was a 42 per cent increase on the previous year, a reversal from a downward trend in the past.
“I’m delighted that numbers of Indian students coming to study in the UK are constantly increasing, having doubled over the last three years. Last year alone we saw a massive 42 per cent increase. This exciting announcement will help ensure that the UK remains one of the best destinations for students across the world,” said Sir Dominic Asquith, British High Commissioner to India.
The latest announcement follows the creation of a new fast-track visa route for scientists and the removal of the limit on PhD students moving into the skilled work visa route, which collectively aim to cement the UK as a science superpower and a world-leader in the STEM (Science, Technology, Engineering and Mathematics) sector. According to official UK figures, almost half of all Indian students – 130,000 since 2008-9 – heading to the UK in the last 10 years chose a STEM subject.
The new Graduate route will launch for the 2020-21 intake of students to UK universities. After the two years, they will be able to switch onto the skilled work visa if they find a job which meets the skill requirement of the route. The new visa, more details of which will be unveiled in the coming months, will offer opportunities to work or look for work after graduating. However, unlike the route which closed in 2012, the UK government stressed that the new route will also include safeguards to ensure only “genuine, credible students” are eligible.
The announcement coincides with the launch of a 200-million pound genetics project at the UK Biobank, a charity and health resource that contains information and samples from 500,000 people. The UK Biobank collected DNA samples and health questionnaire information from 500,000 British volunteers over several years and is now open to researchers from anywhere in the world who want to use those resources to develop new treatments for diseases.
Boris Johnson said projects of this kind wouldn’t be possible “without being open to the brightest and the best from across the globe to study and work” in the UK. His brother, Jo Johnson, who resigned as universities minister last week, is believed to have done all the groundwork on the new Graduate visa, having been an ardent advocate for the need of a credible post-study work offer.