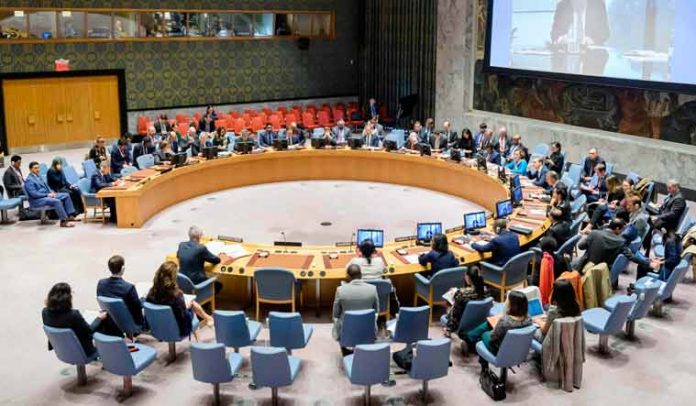 India has slammed Pakistan for raising the issue of Jammu and Kashmir at a forum of the UN, saying the country employs “empty rhetoric” to serve its “distorted agenda” and continues to engage in spreading unsubstantiated allegations.

Minister in India’s Permanent Mission to the UN Deepak Misra did not name Pakistan but his remarks were in response to a statement by Islamabad’s UN envoy Maleeha Lodhi, who while speaking at forum last week, had yet again raked up the issue of Jammu and Kashmir.

Lodhi had said that UN’s decolonisation agenda will remain incomplete without the resolution of the issue of Jammu and Kashmir and refereed to India’s decision to revoke Article 370 in Jammu and Kashmir.

“We have one delegation which has a penchant for deviating from the subject being deliberated upon in this august forum and making unwarranted remarks not pertinent to the agenda on hand,” Misra said on Wednesday.

“It seeks to employ empty rhetoric to serve its distorted agenda and continues to engage in spreading malevolent and unsubstantiated allegations, he said.

Misra, addressing the Committee, said that since the creation of the United Nations, more than 80 former colonies have gained their independence and joined the family of United Nations.

As a result of sustained efforts by the UN membership, today, fewer than two million people live in non-self-governing territories, according to UN documentation.

However, he noted that even as seven decades have gone by, the process of decolonisation that began with India’s own independence remains unfinished.

“There still remain 17 non-self-governing territories, which are in various stages of the decolonisation process on the agenda of this Committee. He underscored the need to step up international efforts to conclude this long-drawn process.

“In this inter-connected world, India strongly believes that pursuing a pragmatic approach towards decolonisation would surely lead to fulfillment of legitimate wishes of the people of Non-Self Governing Territories. The complex challenges facing the present world can only be met by coordinating our responses in a spirit of cooperation and collaboration, Misra said.

He added that the international community must strive to enhance cooperation with international agencies and actors and channelise resources for the 17 non-self governing territories that would enable them to build capacities in their just and noble quest towards achieving long cherished goals.

Pakistan has been unsuccessfully trying to drum up international support against India for its decision to withdraw Jammu and Kashmir’s special status and bifurcate the state into two union territories.

After India’s decision on August 5, Pakistan downgraded diplomatic ties with New Delhi and expelled the Indian High Commissioner from the country.

Rejecting Pakistan’s reaction, India has categorically told the international community that its move on Kashmir is an internal matter. India maintains Kashmir is a bilateral issue with Pakistan and no third party has any role in it.