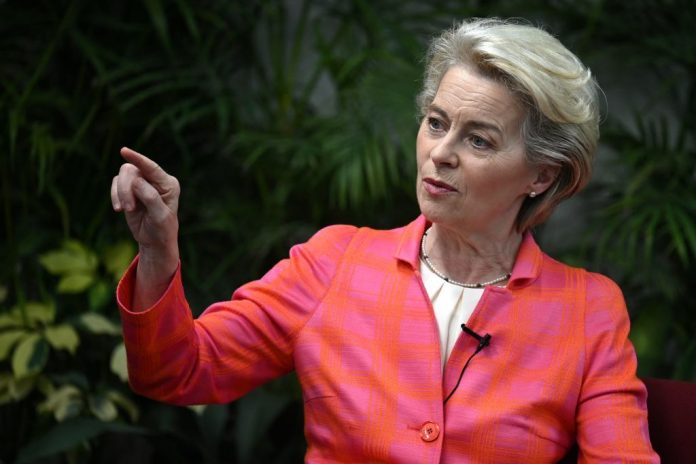 INDIA and the European Union (EU) will formally restart in June the negotiations on the long-pending trade and investment agreements, a decision welcomed by prime minister Narendra Modi and European Commission president Ursula von der Leyen.

The issue came up in wide-ranging talks between Modi and von der Leyen during which both sides also reviewed the progress in the implementation of the India-EU Roadmap 2025 that seeks to significantly expand the ties.

In May last year, India and the EU announced to resume negotiations for a balanced and comprehensive trade agreement after a gap of over eight years.

“They welcomed the recent decision to formally restart negotiations on India-EU Trade and Investment agreements by June 2022. Both sides expressed hope in the early conclusion of negotiations for unlocking the full potential of bilateral trade and economic relations,” the Indian ministry of external affairs said in a statement on Monday (25).

“They noted the strong synergies between India-EU Connectivity Partnership announced last year and EU’s new Global Gateway strategy and agreed to fast-track its implementation,” it said.

Modi and von der Leyen reviewed the progress in the India-EU Strategic Partnership, including the forthcoming re-commencement of negotiations on a Free Trade Agreement and Investment Agreement.

In their talks, both sides also agreed to launch the India-EU Trade and Technology Council.