Home Entertainment BollyWood I try to skip genres with every film : Sonam Kapoor 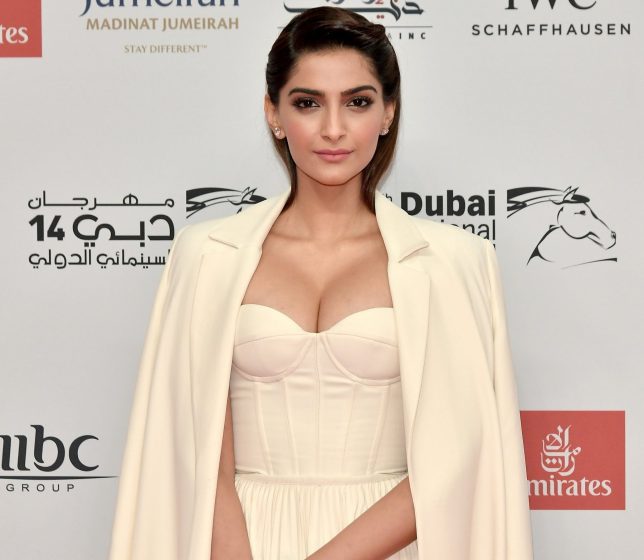 Actor Sonam Kapoor says it is her endeavour to always mix and match several genres of films, even though she feels that she is at her best when she is doing comedy. Sonam said her last couple of films have been vastly different from each other.
“I try to skip genres with every film. My last couple of films have been ‘Ek Ladki Ko Dekha Toh Aisa Laga’, ‘Veerey Di Wedding’, ‘Padman’ and ‘Sanju’. I am lucky enough for directors to think I can do a ‘Neerja’ and a ‘Zoya Factor,'” Sonam told reporters.
The actor was speaking at the trailer launch of her upcoming “The Zoya Factor”, which also features Dulquer Salmaan. Sonam said though she enjoys comedy, today there are only a handful of “carefree and fun” films being made. “I think I do the best in comedy. A lot of the audience think I do better in films like ‘Raanjhanaa’, ‘Neerja’. I don’t know what is my genre but I enjoy doing comedy a lot.
“I feel very comfortable and easy. I don’t think there are many films that are being made these days, especially which are carefree and fun with content as the backdrop.”Directed by Abhishek Sharma, the film is an adaptation of Anuja Chauhan’s book of the same name. In the film, Dulquer is playing the role of the captain of the Indian Cricket team, while Sonam will be seen as an executive in an advertising agency. “The Zoya Factor” is scheduled to release on September 20.