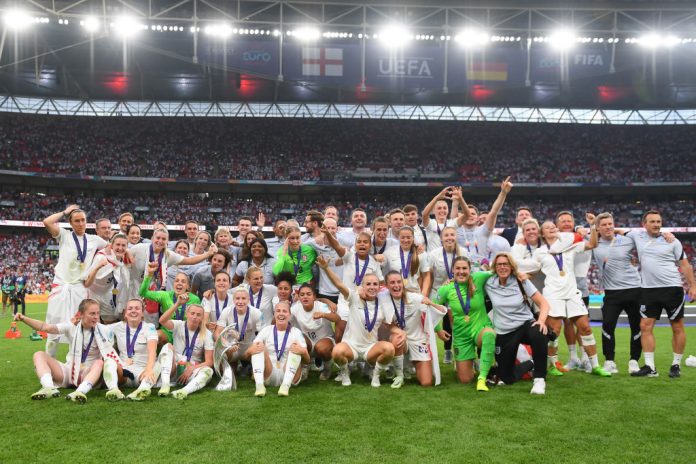 England coach Sarina Wiegman’s news conference after their Women’s European Championship win on Sunday was interrupted by her celebrating players, who danced into the room belting out a rendition of the “Three Lionesses” anthem.

Wiegman had just finished answering a question about tactics and where the game was won and lost when the players made their surprise entrance, with goalkeeper Mary Earps leaping onto the table and being joined by defender Lucy Bronze.

“We haven’t sung this at all, this is something from English culture,” Dutchwoman Wiegman told reporters after the interruption.

“I think we won the Cup. I don’t think this is the home of the Cup, that’s in Switzerland somewhere with UEFA but we won it and we’re really happy.”

The “Three Lions” song by comedians David Baddiel and Frank Skinner and band The Lightning Seeds was originally written for the men’s Euro ’96 tournament which England hosted, and has since been rewritten for the women’s team.

Baddiel retweeted a clip of the England players’ celebrations, writing: “This makes me very proud. Thanks again Lionesses.”