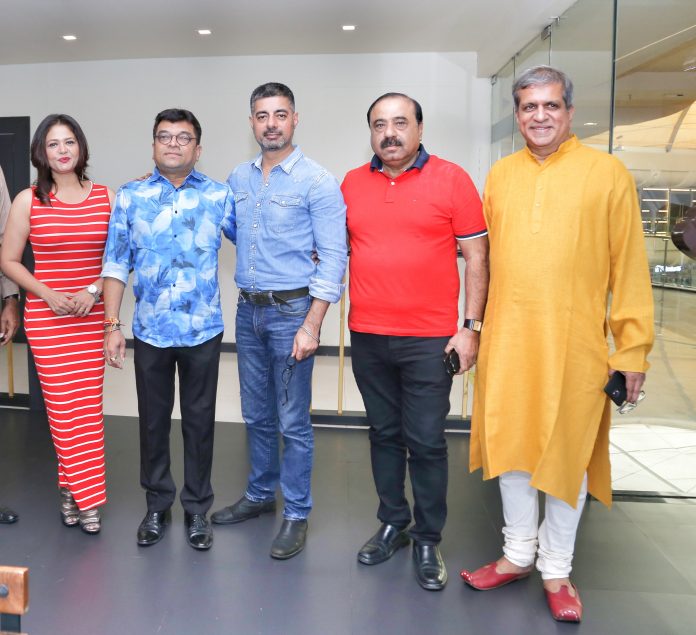 Cheel Zadap a Gujarati movie is the story of Richa (Soniya Shah) a 30 year old independent open minded woman works in a bank and always falls short of money. This leads her to do some false adjustments and small frauds with the bank accounts.
trailer of Upcoming gujarati film cheel zadap was launch on 21st august 2019 at time cinema Ahmedabad. cheel zadap is directed by Dharmessh Mehta. Dharmessh Mehta had directed around 500 initial episode of popular tv show tarak mehta ka ulta chashma and Gujarati movie papa tamane nai samjai.

Darshan jariwala, Soniya Shah, Jimit trivedi and Sushant singh are the lead actors and all are in town for the trailer launch event. this is the first Gujarati movie of actor Sushant singh and he has shared his experience saying it was initially difficult for him to cop up with gujarati language and dialogues. Shooting of the film had done in several locations of siddhpur and mumbai in just 19 days. Jimit trivedi, Soniya shah and Darshan jariwala shared their experiences about working on this movie. Cheel zadap is produced by Raju raisinghani. This film is releasing on 6th September 2019.

One day drug smuggler Gopi Jaiswal (Sushant Singh) threatens her to rob a bank. This case is handled by ACP Gohil played by actor Darshan Jariwala and starts the police thief game. However the confusion and laughter begin when Rasik Bhramabhatt (Jimit Trivedi) enters the scene. He is from small town and a die hard bollywood fan sees Richa in Mumbai.

Richa is a complete look alike of Rasik’s wife Vidhya Bhramabhatt (also played by Soniya Shah) who is a school teacher and he decides to get money from Richa for which the ACP is behind her and Gopi.

What happens next in this thrill chase is the story of the film Cheel Zadap. This movie is a roller coaster ride of a complete entertainment with suspense, thriller and laughter. Produced by Raju Raisinghani and directed by Dharmessh Mehta the film is having the actors lineup of Soniya Shah, Darshan Jariwala, Jimit Trivedi, Sushant Singh. The writer of the film is Vihang Mehta and music compose by Piyush Kanojia. Usha Utthup and Aditya Gadhvi gives their voice to the beautiful lyrics written by Niren Patel.