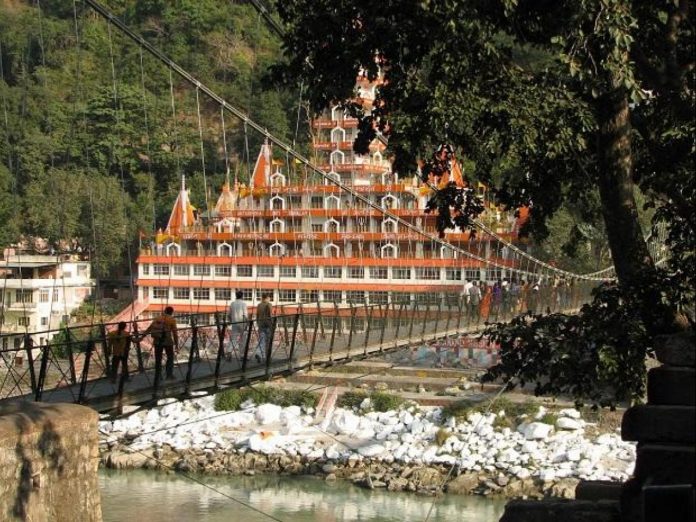 A suspension bridge will be built on the Ganga in Rishikesh before the ‘Kumbh Mela’ of 2021 as an alternative to the iconic Lakshman Jhula, which was closed last month because of its dilapidated condition, an official said Saturday. A suspension bridge with a span of 150 metres meant for pedestrians will be built close to the iconic Lakshman Jhula as its substitute, Additional Chief Secretary Om Prakash said.
A site for the bridge on the upper stream side of Lakshman Jhula has been identified by the PWD and an amount of more than Rs 3 crore has been sanctioned for initial work related to the project, he said. “We have set ourself the target of completing the construction of the bridge before the 2021 Kumbh Mela,” the official said, adding that the iconic bridge will be preserved as a British-era legacy.
The 90-year-old bridge was shut on July 12 for safety reasons after experts found that the loading capacity of its components had come down drastically over the years making it unfit for use. Locals and traders protested its closure before the start of the ‘Kanwar Mela’. However, Chief Minister Trivendra Singh Rawat had assured representatives from the area that an alternative bridge will soon be built on the Ganga.